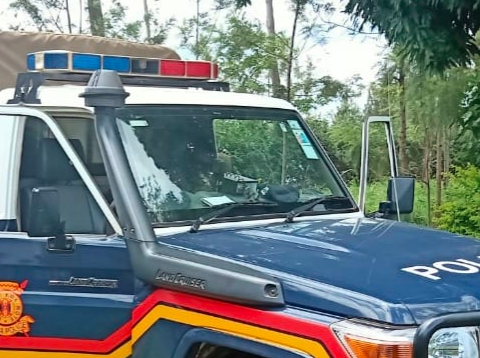 Police in Homa Bay County have launched a manhunt for a retired army officer who allegedly killed his 91-year-old mother following a land dispute in Kamagak location, Rachuonyo South sub-county.

The ex-solder is accused of stabbing to death his mother, identified as Hellen Ajwang Odiango, after they differed over a piece of land which belongs to the deceased.

The suspect, who served as a soldier in Tanzania, has had a protracted row over ownership of the piece of land with his mother.

It is reported that the suspect left home last year for an unknown place with his family, only to return on Friday and begin squabbling with his mother.

The altercation later led to a physical fight during which he reportedly stabbed the nonagenarian with a knife on the chest and head.

Ms. Wachira said the ex-soldier fled home immediately after committing the crime, adding that they suspect he went back to Tanzania where he used to live when he was serving as a military officer.

The police boss said the matter has already been handed over to the Directorate of Criminal Investigations (DCI) who are now pursuing it.

The granny’s body has since been transferred to the Rachuonyo South sub-county hospital mortuary for postmortem.