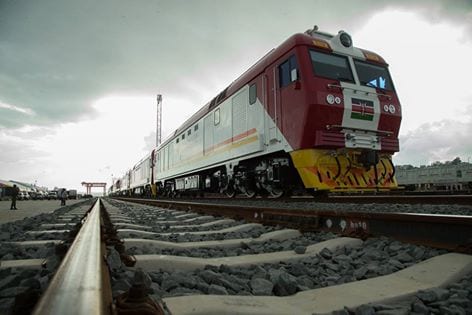 10 more suspects have been ordered to present themselves at the anti-graft offices over claims of fraudulent compensation in the Standard Gauge Railway (SGR) program.

This comes just hours after National Land Commission Chairman Mohammed Swazuri, Kenya Railways MD Atanas Maina and five others were arrested in connection to the case.

“The DPP concurs with EACC that there is sufficient evidence to charge the suspects with several offenses of corruption and economic crimes,” Halakhe Waqo, chief executive of the Ethics and Anti-Corruption Commission said.

According to Waqo, the suspects drawn from from NLC and the Kenya Railways Cooperation (KRC) will appear in court on Monday to answer to the charges.

They have been linked to alleged SGR compensation paid out to undeserving persons and/or entities for land where the SGR passes through in Embakasi, Nairobi County.

The SGR compensation program was intended for those whose land the railway line from Nairobi to Mombasa would pass through.