Rift in the valley? Gideon Moi announces he will challenge Ruto in 2022 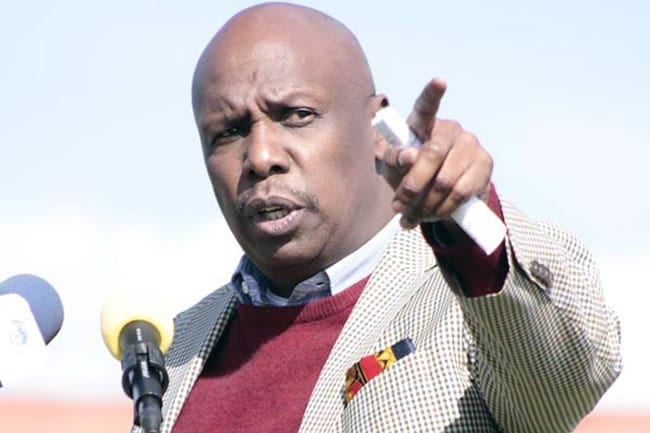 Kenya African National Union (KANU) party leader, Gideon Moi, has officially announced that he intends to run for presidency in 2022.

Speaking in Laikipia during the launch of Maina Njenga’s senatorial bid on Saturday, May 27, the Baringo Senator said that his journey to state house has just started – a move that widen the rift between him and Deputy President William Ruto.

Moi – who has been seen to rival Ruto’s supremacy in the Rift Valley region – says that he has kicked off his journey to Statehouse in Laikipia.

“Those who we call prophets of doom should not bother you, we have decide it is Maina Njenga for senator and President Uhuru for presidency in August 2017, but my journey, presidential bid in 2022, has just started today here in Laikipia,” said Gideon Moi.

A rift in the valley

Ruto and  Moi was made public when they clashed in January 9 at the funeral of Mark Too when the latter took a swipe at Ruto, telling him in native Kalenjin language to respect others if he wanted to be respected in return.

On the same podium, Ruto advised the senator to drop his presidential ambitions and support him in 2022 as Gideon Moi’s father (retired President Daniel Moi) ascended power after those around him sacrificed their ambitions.

Few days before KANU declared it will be supporting  President Uhuru Kenyatta re-election bid on the 23rd of February 2017, the Uhuru held closed door talks with retired President Daniel Arap Moi at his Kabarnet Gardens home in Nairobi.

Mid-January 2017, President Kenyatta’s mother and former First Lady, Mama Ngina Kenyatta, made a similar visit to Mr. Moi in what was viewed by political pundits as a game-changer in Rift Valley politics.

Ruto, who was absent from both meetings, later remarked during a one-on-one interview with Anne Kiguta, that he was not a member of the Kenyatta family hence his presence was in no way required.

Even after declaring to support President Kenyatta, KANU through Secretary General-Nick Salat, said that it made the decision only for the president and not the Deputy President whom they accused of disregarding the party and sabotaging the status of retired president Daniel Moi in rift valley region.