Ruto: How Raila, Mudavadi betrayed me 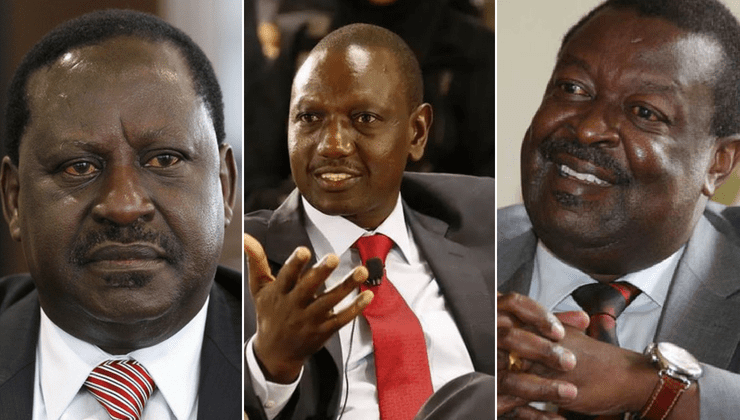 Deputy President William Ruto has accused NASA principals Raila Odinga and Musalia Mudavadi of betraying and abandoning him in the 2007 General Election when they were all in the Orange party.

Ruto claims there was a pre-election agreement where he would become the prime minister while Mr. Mudavadi would be the vice president if Mr. Odinga had trounced Mwai Kibaki in the presidential race.

Speaking for the first time about the intrigues of the disputed 2007 election that culminated in deadly post-election skirmishes, Ruto says after ODM lost the polls, Odinga and Mudavadi edged him out and shared between themselves the PM post which he had been promised.

At the height of the post-election chaos, Kibaki and Odinga got into a peace agreement — mediated by the late Kofi Annan — that saw the formation of the grand coalition government where the ODM leader became prime minister.

Ruto further called out Mr. Odinga and Mr. Mudavadi for apparently abandoning him when he was charged at the International Criminal Court (ICC) over the 2007/2008 election violence.

“When I was taken to the Hague because of that same election, my brothers Musalia and Raila did not even visit me there, even to at least comfort me. But God was on my side, I kept on praying and the case ended,” said Ruto.

The deputy president was speaking on Saturday at the homecoming party of Lurambi MP Titus Khamala at Mwangaza Primary School in Kakamega County.

In a rare moment of sincerity, Ruto pleaded with Odinga and Mudavadi to support his 2022 presidential bid, noting that in 2007 he let them have the prime minister’s post.

“Help me convince my two brothers (Raila and Mudavadi) to support me in 2022 because I left the premier’s post and they shared it between yourselves,” said Ruto.

“Please Musalia, my friend, I humbly plead… I am the one who is now close to the presidency, help me get there.”

However, speaking at the same event Mudavadi said he has no one’s debt, instead accused Ruto and President Uhuru Kenyatta of betraying him in 2013, hence they should endorse his (Mudavadi) bid for State House.

Mudavadi says Kenyatta and Ruto had agreed to endorse him for the 2013 presidential race by they made a 11th-hour u-turn and abandoned him.