'Ruto is a mere clerk!' CS Tobiko defiant, insists he did not send sister Peris to apologize to the DP 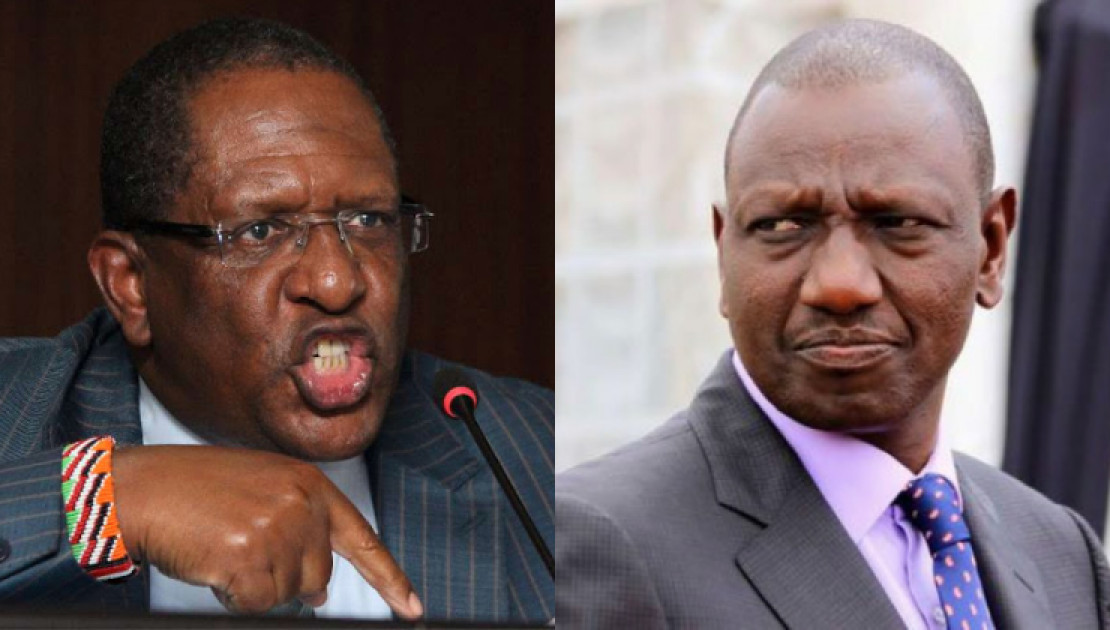 Environment Cabinet Secretary Keriako Tobiko is once again on the warpath with Deputy President William Ruto, this time accusing the country’s second-in-command of using family ties for his own political gain.

This comes after the CS’s sister, Kajiado East Member of Parliament Peris Tobiko, claimed to have visited DP Ruto to apologize on his behalf over past remarks in which he referred to the DP as a mere “clerk.”

She then went ahead to ask the crowd, “Anisamehe? Atusamehe?” and when they responded in the affirmative she added, “Thank you very much. Your Excellency umeskia? Msamaha tumepewa hapa.”

CS Tobiko has, however, since come out to say neither he nor any of his family members sent the MP to tender an apology to the DP over his remarks, maintaining instead that he stands by his words.

According to the Environment CS, he has nothing to apologize to the DP for, further claiming that Ruto has now resorted to cheap politics of using family members against their own fellow kin.

The CS also delved into the President Uhuru Kenyatta succession politics, saying the DP is not fit to lead the country as president.

“I have nothing to apologise about. I did not send anyone to Eldoret to apologize on my behalf. Neither has my family sent anyone to apologise. Ruto is unfortunately using family members to attack fellow family members. That is his modus operandi,” CS Tobiko exclusively told Citizen Digital on Saturday evening.

“I stand by what I said. Ruto is a mere clerk for the President just like we are as Cabinet Secretaries. The only difference between him and us is that he has no respect for the President.”

He added: “I stand by my position, and the sentiments expressed during the Maa declaration recently that Ruto is not fit to be President and if God forbid he becomes President, he will mortgage this country.”