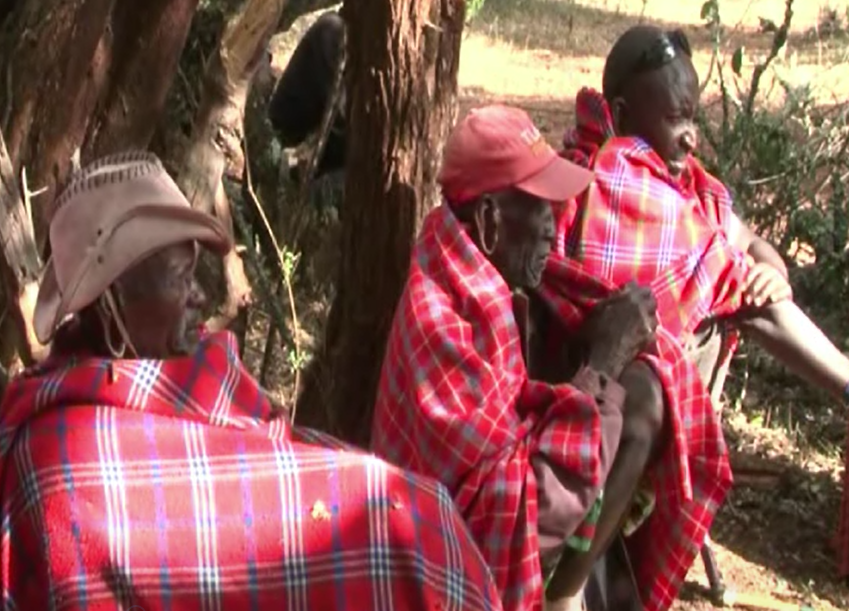 Elders and morans from the Maasai community in Laikipia County and their Samburu counterparts from Isiolo County have resolved to end a long-standing dispute over pasture.

The conflict that has lasted for two years has led to death of at least ten people, relocation of over one thousand others from Nandung’oro in Laikipia County to Lokusero area.

The conflict has also led to the closure of Nandung’oro Primary School.

The communities have also not been able to access basic amenities such as hospitals and markets for fear of attacks while passing through their ‘enemy’s’ land.

In a bid to quell the standoff and restore normalcy, the Northern Rangelands Trust (NRT) embarked on a mission to bring together the warring communities through conservancies, an effort that has finally bore fruits after three weeks of engaging the elders and morans.

According to Lela Kinyaga, a Maasai elder, their Samburu counterparts from Kipsing in Isiolo County invaded their grazing areas anytime there was drought leading to the conflict.

He said that the conflict got worse when they forced their way into the Ilngwesi Conservancy that the native Maasais benefit from.

During the meeting, both sides resolved to abstain from use of illegal firearms, with elders instructing morans to cease from using the weapons against each other, failure to which they would attract a curse from the elders.

As part of the cease-fire agreement, the Samburu herders are now required to keep off from grazing within the Ilngwesi conservancy and instead graze their animals in Nandung’oro forest until the onset of the highly anticipated short rains and go back to Kipsing.

According to the Peace Coordinator, Northern Rangelands Trust, Josphine Ekiru, the last three months have witnessed the escalation of the already existing conflict, sparking interest for NRT to move in to try and soften the hard-line stance by the two sides by advocating for sharing of resources while persuading those invading in search for pasture to adhere by the directives issued by their host community.

She said that the peace-making process took three weeks with the breakthrough coming during Friday, March 31 meeting at Lokusero.

Both sets of elders and morans have now agreed to search and recover the livestock reported missing by their counterparts during the conflict period.