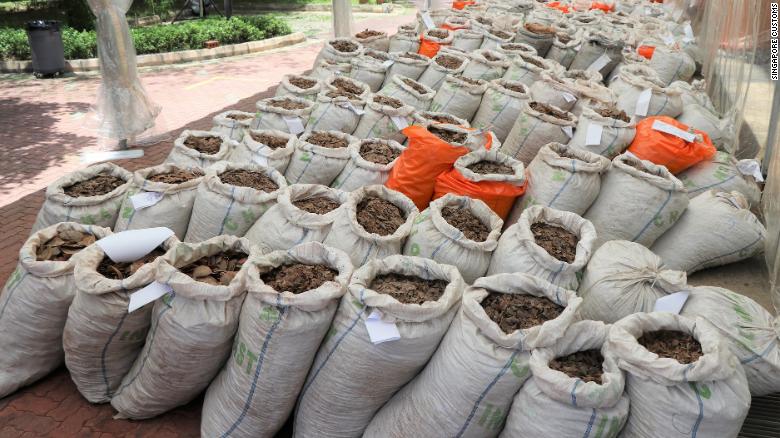 Authorities in Singapore have seized one of the largest ever shipments of pangolin scales en route to Vietnam, worth an estimated $38.7million (Ksh.3.9billion).

In a statement, customs officials said they inspected a 40-foot container passing through Singapore from Nigeria and labeled as “frozen beef.”

Inside was over 14 tons of pangolin scales, packed in 230 bags, along with almost 180 kilograms (around 400 pounds) of cut up and carved elephant ivory.

Fourteen tons is around the same weight as two to three African elephants, or around eight Toyota Camrys. 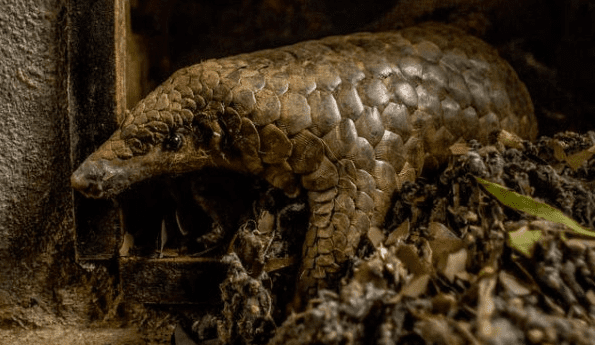 A scale-covered, cat-sized nocturnal mammal that survives on ants and termites, pangolin are among the most trafficked animals in the world.

In China and Vietnam, they are eaten as a delicacy and used in traditional medicine, with their keratin rich scales believed to have a host of positive benefits — including aiding breastfeeding and curing asthma or cancer — none of which is supported by science.

This demand has put multiple pangolin species on the endangered list, with the Chinese Pangolin listed by the International Union for Conservation as “critically endangered,” one step above being extinct in the wild.

All eight pangolin species are protected under national and international laws, but smuggling pangolin scales and meat remains highly lucrative and efforts to crack down on the trade have had limited success.

In India, which has a domestic pangolin species, the scales from a single pangolin can provide a “life-changing sum of money” for people living in some of the country’s poorest communities.

The pangolin’s defense mechanism against predators — rolling itself into a scaly ball — unfortunately makes it easy prey for human hunters.

ONE PANGOLIN EQUALS ONE YEAR SALARY

Pangolin poaching is illegal in India, but is nevertheless widespread in Assam, a state in the country’s northeast, near the border with Myanmar and China.

A single pangolin can be worth a year’s salary for hunters, making prevention difficult.

Poaching also occurs in Africa, which has four native species of pangolin. The animals are also hunted for bush meat.

Scales are often seized as they pass through major Asian shipping hubs such as Singapore and Hong Kong, both of which have stepped up efforts to crack down on illegal animal smuggling.

In February, authorities in Hong Kong seized $8 million worth of smuggled endangered species in one of the biggest busts the city has ever recorded.

The haul included 8.3 tons of pangolin scales and 2.1 tons of ivory, also from a shipment of supposed “frozen beef” from Nigeria.