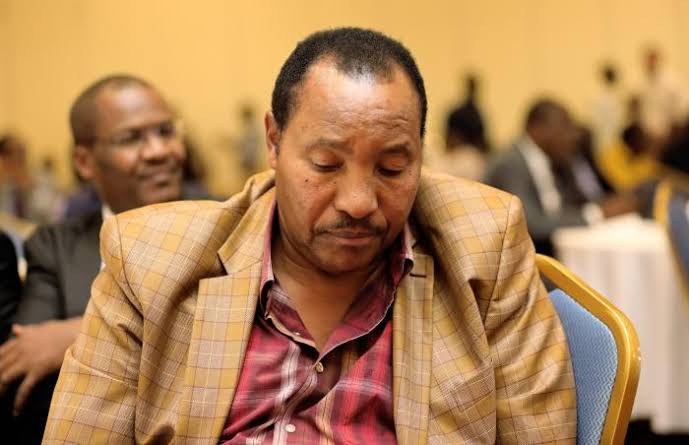 Ferdinand Ndung’u Waititu Babayao has been impeached as the Governor of Kiambu County.

Waititu was kicked out of office by the Senate on three charges; Gross Violation of the Constitution & Public Finance Management Act, Crimes Under the National Law and Gross Misconduct/Abuse of Office.

Senators voted to remove Waititu on all the three charges separately, with a majority of the lawmakers supporting each charge as a ground for his impeachment.

The first count was supported by 27 senators while the second and third received support from 28.

Only a simple majority of 24 Senators was required to vote in support of the motion for it to pass.

The embattled county boss is accused of contravening the public procurement and disposal act by allegedly influencing the award of lucrative tenders to companies associated with his immediate family and close relatives.

In the petition, the county boss is also accused of hiring over 600 casuals without the involvement of the County Public Service Board before later firing them. According to the MCAs this exposed the county to risk of multiple suits and loss of public funds.

He is alleged to have violated the Constitution by forcefully dispossessing and unlawfully occupying the property of Cecilia Njoki Mbugua, a widow in Thika town.

The petition claims Waititu used his office to coerce the widow to transfer her parcel of land to his second wife in exchange for some favours in the county, an allegation the Governor strongly denies.

“The lady that alleged that I participated in malpractice has not made any complaint in any police station. The lady was not called here to testify. In her affidavit that was read here, the lady did not mention me; it mentioned some county officials, not me…not Waititu. Again, the authors of that document – the ombudsman – were not called in this assembly to testify that it is true that that document is genuine from their office,” he said.

The impeachment proceedings against Governor Waititu were heard by the Senate plenary for two days where he pleaded not guilty to the allegations.

In his defense, Waititu accused people he termed as Kiambu propagandists of being behind his impeachment.

“Listen to the facts and evidence but not propaganda. Kiambu is known for serious propagandists. That is the nature of Kiambu,” Waititu told the Senate.

According to Waititu, the impeachment motion, which was first approved by the County Assembly on December 19, did not meet the threshold to impeach him. He claimed that only 57 MCAs out of the required 62 were present when the county assembly resolved to impeach him.

On the allegation of influencing tenders, Waititu submitted that no evidence was adduced to suggest that he was given any kickback in the said tenders.

While opinion is rife that Waititu’s tribulations are politically instigated, the governor landed squarely on the chopping board after he was charged over a Ksh.580 million irregular tender in July 2019.

Waititu was charged with corruption related charges alongside his wife Susan Wangari Ndung’u and eight others among them county employees.

He denied the charges and was released on a cash bail of Ksh.15 million, with the court further barring him from accessing his office.

The court ruling locking the Governor out of office escalated the supremacy battle between Waititu and his deputy Dr. James Nyoro, who immediately assumed the Governor’s office insisting he was in in control.

Waititu’s impeachment by the Senate comes as the last nail in the coffin unless he secures a second chance in the corridors of justice.