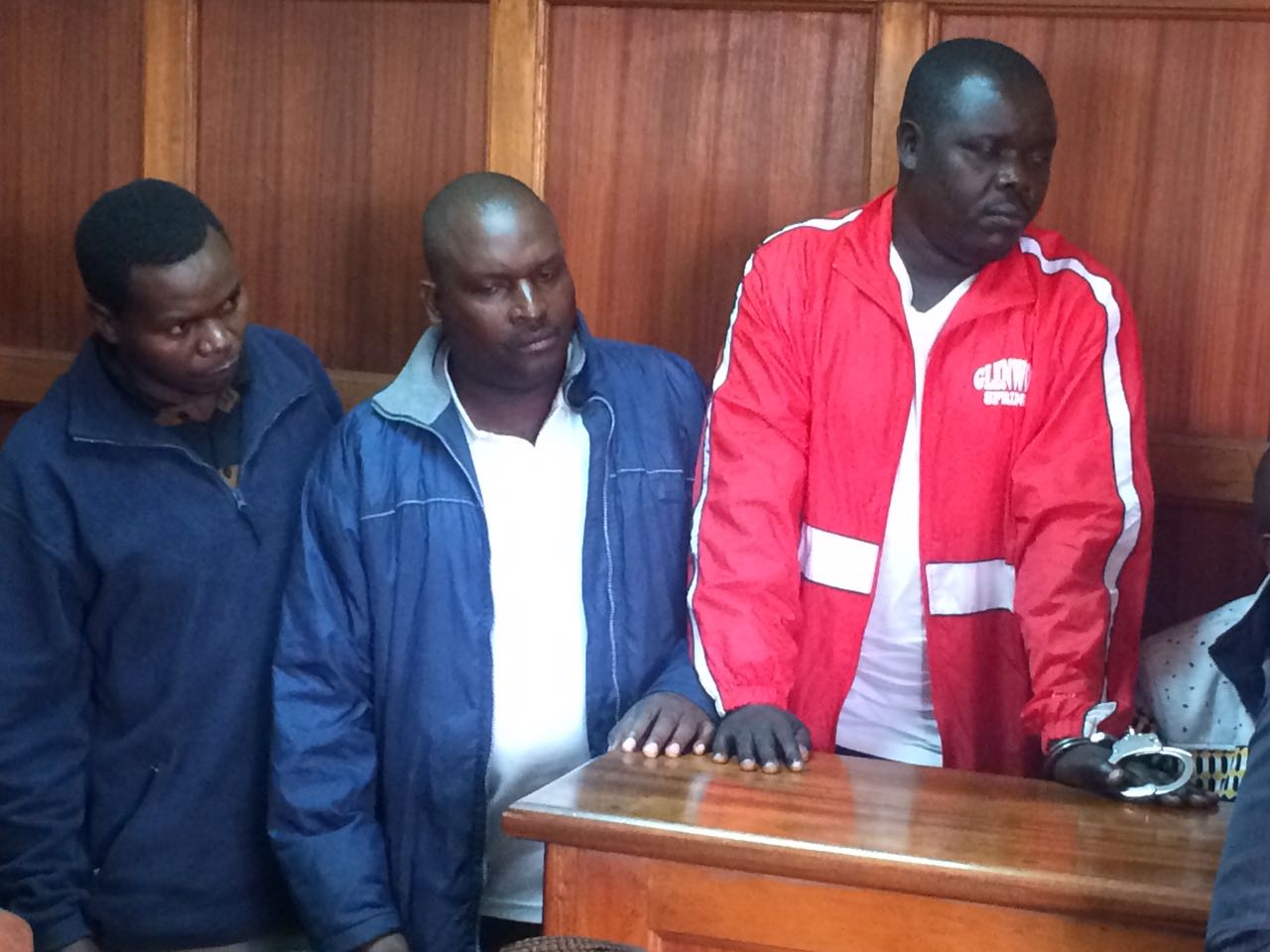 Seven Nairobi County City Askaris have been arraigned in court and charged with robbery with violence.

In the first charge sheet, Philemon Kimei, Peter Gitau and Bernard Kogi were charged with robbing Mr Cyrus Maingi of Ksh 600 on October  29, 2017 along Forest Lane in Ngara, Nairobi while armed.

The three officers who were allegedly armed with knives and an axe were also accused of threatening to use actual violence on Mr Maingi.

The four county askaris who were allegedly armed with Pangas, rungus and mental bars were also accused of stealing 14 pairs of bed sheets valued at Ksh 5,600 from Jeremiah Wambugu.

The court released the first three askaris on a cash bail of Ksh 100,000 each with the hearing set for November 30.

The other four were released on a cash bail of Ksh 100,000 each with the hearing set for November 29.