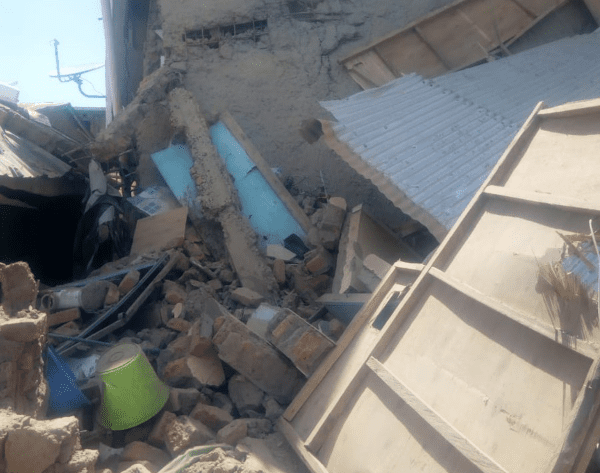 Several people are feared trapped after a two-storey building collapsed at Kona Mbuta in Manyatta, Kisumu County, on Monday.

Rescue operations are underway with both police officers and Kenya Red Cross Society officials on site.

No casualties have been reported yet and the cause of the collapse is still unknown.