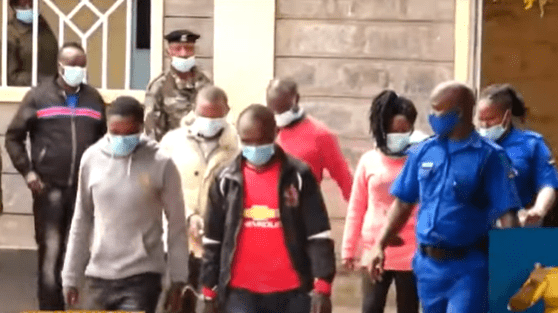 Three suspects were on Tuesday charged with the murder of grade four pupil Shantel Nzembi, 8, in Kitengela.

Mulochi directed that the suspects be subjected to a mental test before they appear at the Machakos High Court next week to plead to the murder charges.

The court freed a fourth individual, Francis Mbuthia, after investigations revealed that he had nothing to do with Shantel’s death.

Mbuthia was arrested because the number that was used to call the girl’s mother to demand ransom was originally registered under his name.

Investigations revealed the line had been dormant since 2019 and was registered afresh using Nativity Nthuku’s employer’s ID number this year.