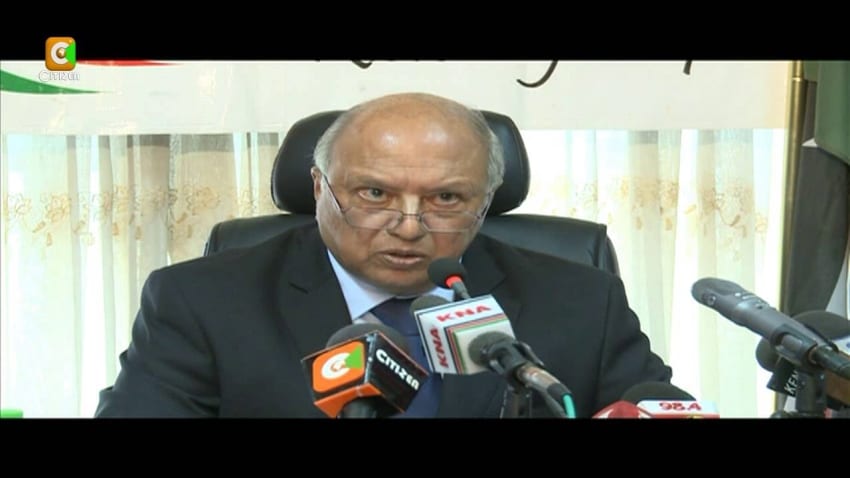 The Chair of the Judges and Magistrates Vetting Board Sharad Rao has admitted there is a crisis in the Judiciary with the impending retirement of Supreme Court Judges and the exit of Chief Justice Willy Mutunga in June.

Speaking at the Kabarnet Deaf and Blind school in Baringo County, Sharad Rao stated that the Supreme Court is having conflict of interest with the appeals filed by Deputy Chief Justice Kalpana Rawal and PhilipTunoi who are challenging their retirement at the age of 70.

Speaking at the same event, the board’s Vice Chair, Roselyne Odede, expressed fears that the vetting exercise will not achieve a lot since only one third of the judges were vetted even as the term of the board comes to an end next month.

Rao’s remarks come just a day after the Court of Appeal ruled that judges should retire at 70, not 74 as the old constitution had stipulated.

When filing the petition, Rawal argued that since she was appointed as a judge under the old constitutional dispensation, the new age limit should not cut short her stay at the Supreme Court – a stand that was also backed by fellow judge, Phillip Tunoi.

The Judiciary was, however, thrown into a spin when Deputy Chief Justice Kalpana Rawal and suspended Supreme Court Judge Philip Tunoi obtained Supreme Court orders to remain in office pending an appeal against a ruling requiring them to retire at the age of 70 years.

In her ruling, Ndung’u said the sudden retirement of the two would leave the Supreme Court bench non-operational since only four Judges will remain after the exit of Chief Justice Dr. Willy Mutunga next month.