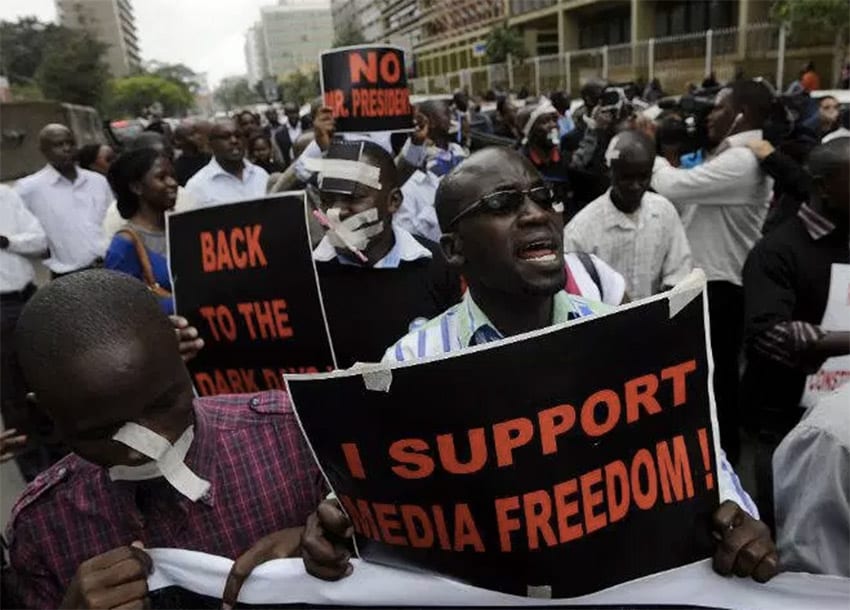 The journalists, who were angered by the manner in which Isaiah Gwengi of Standard Media Group and Rodgers Ochieng’ of  SCODA (NGO), were handled by the police, marched around Usenge Town where they were joined by other human rights activists and members of the public chanting the need to uphold freedom of the press.

Gwengi  had been accused of writing a story on human rights abuses the officers have allegedly been committing against Usenge residents.

The duo were later treated at Bondo Referral Hospital.