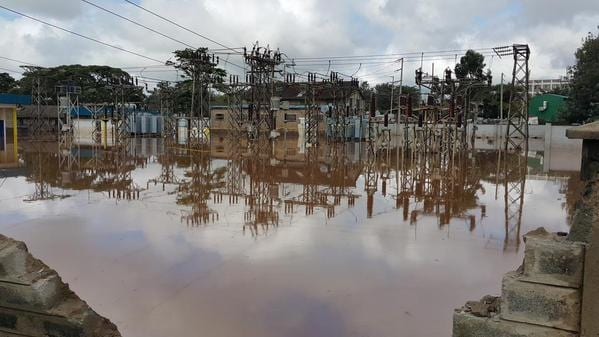 There has been an increase in the generation of hydroelectric power in the country, thanks to the rising water levels recorded after a heavy down fall of rain over the past two weeks.

According to KenGen Managing Director Albert Mugo, Masinga Dam, which is the leading dam supplier of hydro-power, has had its waters rise from 1049.5m ASL to 1052m ASL in a span of two months

Mugo said that this increment is a big achievement, adding that in the last two years poor rainfall had adversely affected the supply of hydro-power.

KenGen is predicting a drop in electricity tariffs in the next two months as the power generated from the dams will displace the expensive diesel power.

“We have also a rise in water levels in Turkwel and Sondu Miriu dams and we project a drop in power tariffs in the coming months,” he said.

The MD also said that the power company will be advertising a tender for the construction of the 140mw Olkaria V and 70mw Olkaria power plants early next year.

He said that this was part of the government plan of achieving 5,000mw in forty months, adding that the company has already produced 380Mw out of the 844Mw it was assigned to generate.

“The government’s plan to produce 5,000mw in 40 months is still on course despite various challenges facing the generation of coal power by independent power producers,” he said.

Mugo was addressing the press at Olkaria in Naivasha after 300 shareholders of KenGen Company visited the geothermal rich area.

He revisited the cancellation of the Ksh 52 Billion tender of wellhead generators noting that this would not affect their operation.

KenGen Chairman Joshua Choge said that geothermal power has accounted for 49 percent of power used in the country.

He further noted that this had risen from 30 percent last year which implied that they are determined in doing away with the expensive thermal power for the reliable geothermal power.

“We have already seen a reduction in the cost of power by 30 percent due to an increase in geothermal power and we project that the prices will fall further,” he said.

The geothermal development director Abel Rotich said that power demand in the country was growing at between 8-10 percent per year.

He, however, noted that the country was meeting its power supply that stood at 2,150mw against the demand of 1,600mw at peak hours.

“The biggest challenge we have is the high investment capital required in geothermal drilling and exploration,” he said.