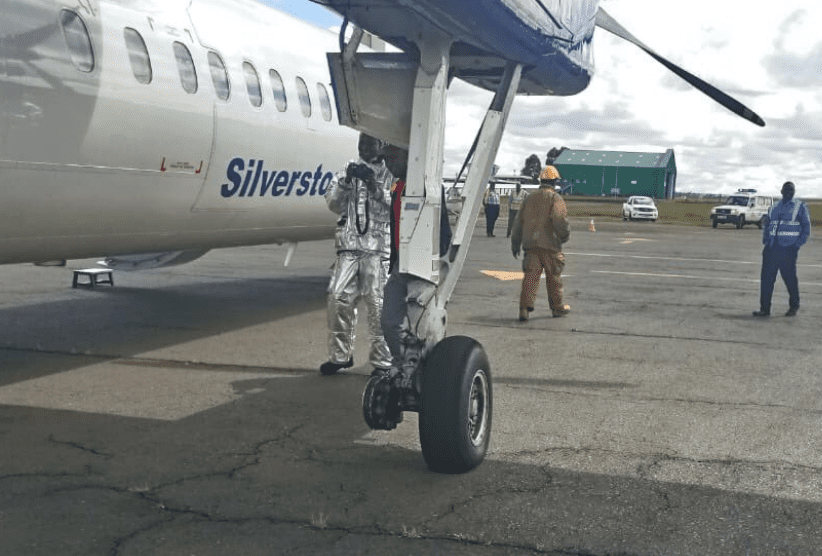 A plane belonging to Silverstone Air was on Monday forced to make an emergency landing at Eldoret International Airport, after a tyre fell off during take-off.

In a statement confirming the incident the airline said the plane, which had four passengers on board, was heading to Nairobi from Lodwar.

“We would like to confirm that earlier today our flight Dash 8 – 300 from Lodwar to Nairobi experienced an incident during takeoff and as a result, lost the number 3 wheel assembly,” reads the statement.

The passengers escaped unharmed and were booked into another aircraft operated by Skyward Airline for the remainder of the journey.

“Silverstone Air has activated its contingency plans and the customers affected were rebooked and have since landed safely in Nairobi,” added the airline.

The incident comes less than a month after another plane operated by Silverstone Air crashed at Wilson Airport shortly after take-off.

The plane – during the October 11, 2019 incident – was leaving Nairobi for Lamu when it skidded off the runway.

“We can confirm that our Fokker 50, 5Y-IZO has had an incident while taking off at Wilson Airport at 9am this morning. The aircraft was operating the Wilson-Mombasa-Lamu-Mombasa-Wilson route,” Silverstone Air said in a statement.