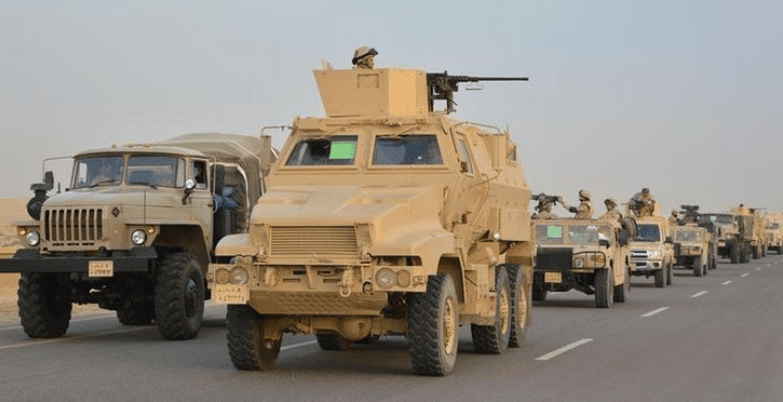 Egypt’s air force pounded militant targets in northern and central Sinai early on Saturday, the military said, the second day of an assault to try and crush an insurgency that has killed hundreds of people since 2013.

President Abdel Fattah al-Sisi, who is seeking re-election in March, ordered the armed forces in November to defeat militants within three months after an attack on a mosque killed more than 300 people.

Islamist insurgents have been targeting security forces since 2013 when the army led by Sisi, then the army chief, ousted President Mohamed Mursi, of the Muslim Brotherhood, following mass protests against his rule.

The military said its warplanes struck “terrorist concentrations and hideouts” in northern and central Sinai through the night and into the early hours of Saturday, targeting weapons warehouses and logistics support areas.

Border guards and naval forces were securing the Suez Canal to make sure navigation through the international waterway was not affected, the statement said.

The statement gave no details on any casualties in the operation or any figures on the number of people arrested, but said the assault would continue.

“The armed forces and the police assert their determination to uproot terrorism and to achieve peace and stability,” Rifai said, according to the statement.

Apart from Sinai, the Egyptian army said the operation would also cover parts of the Nile Delta and the Western Desert, where other militants have waged attacks, some believed to be staged out of neighbouring Libya.

State television said on Friday that all schools in North Sinai had been ordered shut from Saturday until further notice.