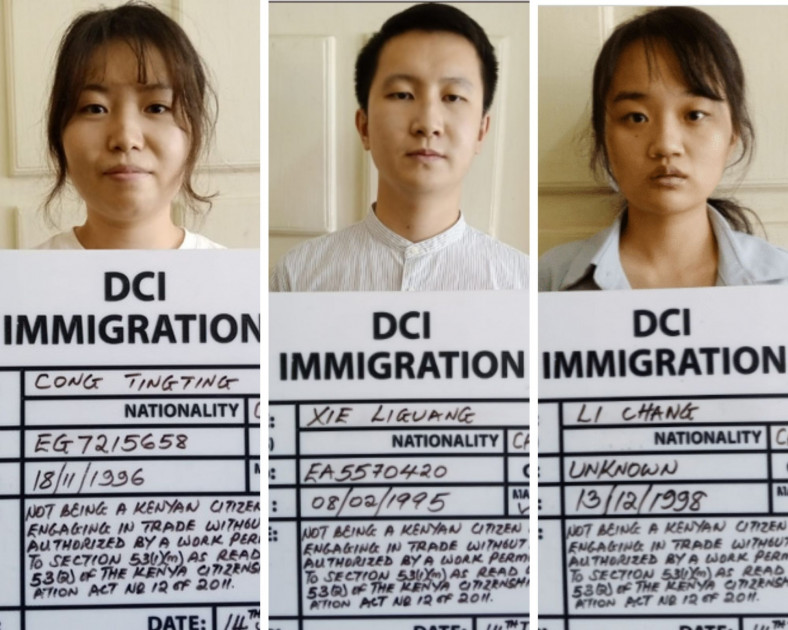 Side by side images of the Chinese nationals. PHOTO|CITIZEN DIGITAL

Six foreigners have been arrested at Imara Daima area, Nairobi County for allegedly working in the country without legal permits.

In a statement issued on Friday, the National Police Service said the six suspects were apprehended by a joint unit of sleuths drawn from the NPS and Immigration Department who were acting on a tip-off.

The six are behind bars and will be arraigned on Monday, January 17.

The statement says they will be charged with: "Engaging in trade without being authorized by a work permit contrary to section 53 (1) as read with section 53 (2) of the Kenya Citizenship and Immigration Act no. 12 of 2011."

The police service has issued a stern warning to employers in the country against employing illegal immigrants without the necessary documentation.

“We caution employers that it is illegal for any foreigner to work in Kenya without a valid work permit,” NPS stated.