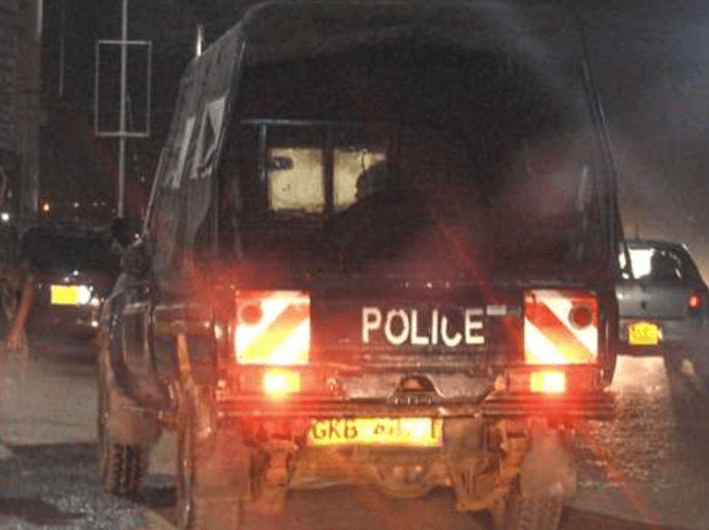 Police in Lang’ata, Nairobi County, on Wednesday arrested six armed gangsters who have reportedly been violently robbing motorists on the Southern Bypass.

The six were arrested after they accosted a motorist plying the route who stopped his vehicle to let his son answer a call of nature.

Tom Onyango and his thre-year-old son were driving from Nakuru to Nairobi when they were attacked by the thugs near the virtual weighbridge.

Mr. Onyango immediately thereafter filed a report at the Lang’ata Police Station, upon which a contingency of officers drawn from various units as well as a tracker dog were dispatched.

The gangsters were nabbed in a nearby forest where they had reportedly taken cover after committing the crime.

Three of them were positively identified by Mr. Onyango and his son as those who had attacked them.

The officers are now appealing to motorists who have previously been attacked on the busy highway to report to Lang’ata Police Station and assist in identifying the suspects within the next seven days.