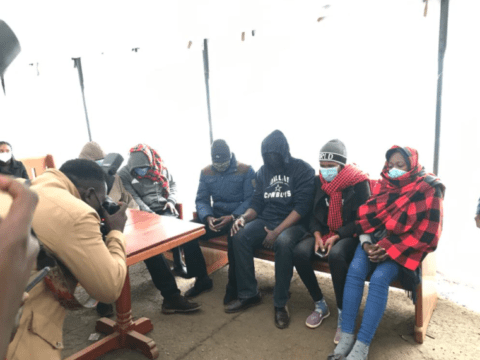 Six police officers who were charged with the murder of two brothers in Kianjokoma, Embu County now want the court to release them on bail pending hearing and determination of the case.

The six; Benson Mbuthia, Consolota Kariuki, Nicholas Cheruiyot, Martin Wanyama, Lilian Cherono and James Mwanikiwere, claim they have a constitutional right pending trial as there are no compelling reasons for continued detention.

Through their lawyer Danstan Omari, the six argue that they are ready and willing to attend court and trial without fail, adding that the detention of an accused person while there are no compelling reasons is a violation of their constitutional rights.

“We are ready and willing to adhere to the honorable courts bail or bond terms,” reads court papers.

They further argue that neither the victims, witnesses or investigations have deponed to having been threatened or influenced by them with a view of interfering with investigations and the conduct of the case.

Last week the six were each charged with two counts of murder before justice Daniel Ogembo.

They denied the charges and were detained at Industrial Area and Lang’ata Women’s Remand prisons pending hearing of the bail application.

The court directed that the hearing of the bail application be conducted on September 22.

The are accused of killing Benson Njiru and Emmanuel Mutura who had been arrested over violation of curfew order.