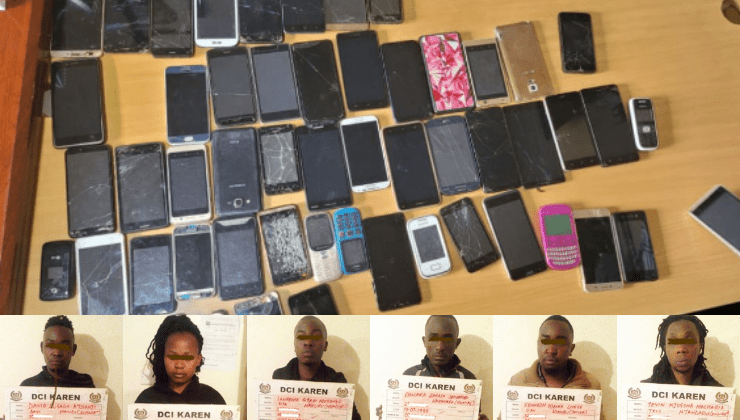 Detectives from the Directorate of Criminal Investigations (DCI) have arrested six more suspects in connection with the robberies targeting pedestrians and motorists on the Southern Bypass.

The sleuths, during the operation, also recovered 112 assorted mobile phones all suspected to have been stolen.

One victim said to have been attacked previously by the gang has so far visited the Lang’ata Police Station and identified her phone, with officers now urging others to do so as well.

The six now bring to a total of 15 the number of suspects who have in the recent past been arrested in connection with the Southern Bypass robberies.

Three others, including a teenager, were nabbed a week ago while six more were last month arrested after they accosted a motorist plying the route who stopped his vehicle to let his son answer a call of nature.