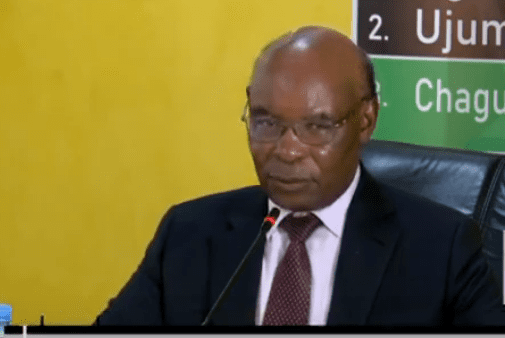 Dr. Macharia opposed the return to a parliamentary system of government, saying he does not believe it would solve the problems the country has faced in the last 50 years.

“We tried a parliamentary system for those 50 years during Kenyatta time and during Moi’s time and partly Kibaki’s time and all the struggle we got into, is purely that this system did not work it was purely a dictatorial system,” said Dr. Macharia.

Speaking while he gave his presentation to the building bridges initiative taskforce at the Kenyatta International Convention Centre, Dr. Macharia said he supports a presidential system of government free of interference and underhand meddling.

“If I was asked to design it myself I would do it just like yours and have an electoral system based on constituencies,” added Dr. Macharia.

Muturi submitted that governors should be vetted by the senate and not elected, noting that election of county bosses has undermined their accountability before the senate.

“Do we need to elect governors directly? Can we have a system where political parties are told appoint two or three names take them through some process and then make appointments,” said Muturi.

The 14-member Building Bridges Initiative taskforce has been collecting public views on how to address grievances that trigger electoral violence.

The team, which has been visiting counties across the country, is expected to finalise and submit its report to President Kenyatta and Mr. Odinga by October this year.

It has also been holding consultations with citizens, church and cultural leaders, the private sector and experts at both the county and national levels.