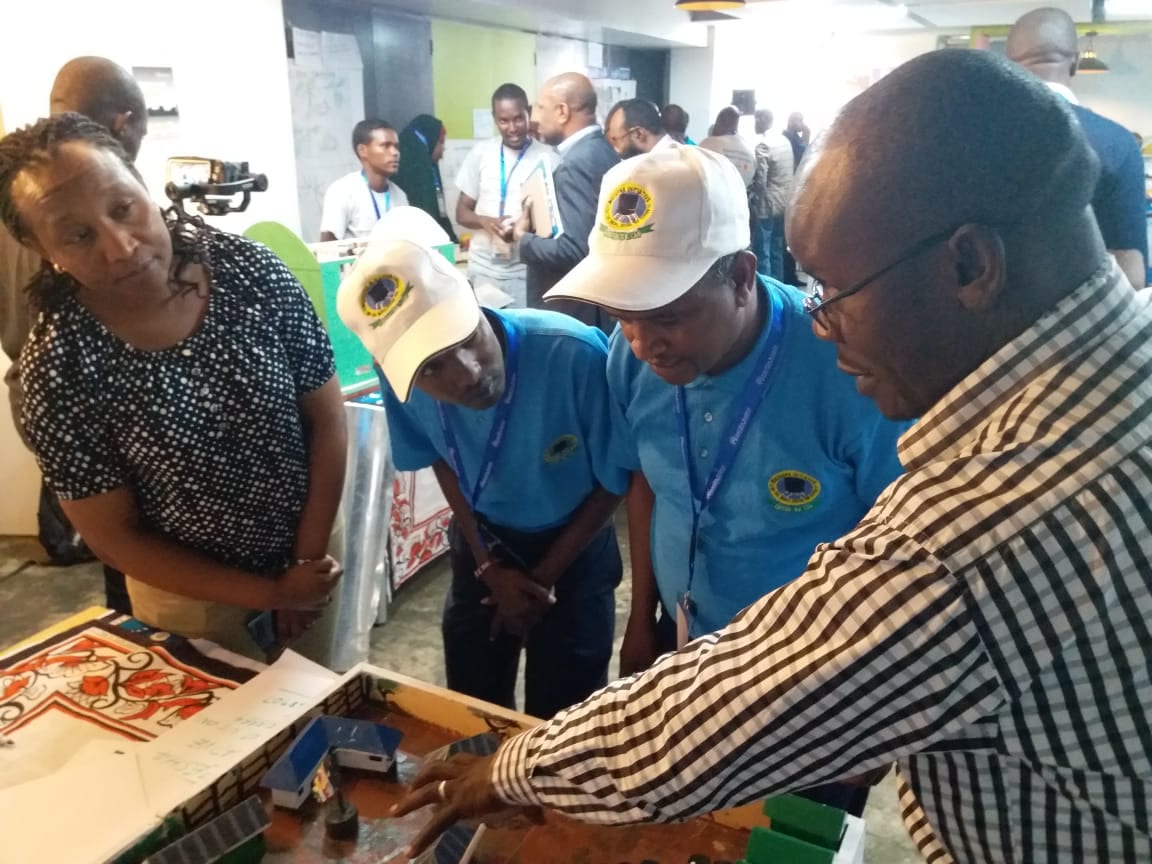 Sector leaders in innovation and humanitarian action on January 24, 2029 gathered at iHub to select 8 budding social innovators seeking for investment to implement home grown solutions to drought in the counties of Garissa and Marsabit.

Dubbed the ‘Maarifa Kona National Demo Day’, the inaugural event saw a total of 14 innovators (7 from each county) showcase prototypes of their social innovations.

They also presented high level pitches to a panel of judges comprising innovation giants such as iHub, KCB Vooma Innovation Lab, Viktoria Business Angels Network and MasterCard, as well as humanitarian agencies such as Adeso and Project Concern International.

According to Japheth Ondiek, the head of innovations at ‘Maarifa Kona,’ the event was the culmination of their six-month programme which has since created innovation labs in Garissa and Marsabit to help communities utilize their local knowledge to find more creative ways to manage the impact of cyclic drought.

The two counties are considered high risk, amongst others in the northern frontier, owing to the impact of recurrent drought and famine, as witnessed in previous years.

“I have seen numerous problems afflicting my community in Sankuri. I once saw my neighbor, who had just given birth, go hungry for days because of lack of food and water – mother and child were in great danger,” said Fatuma Mohammed, an innovator from Garissa.

Maarifa Kona, in a statement to newsrooms, stated that the innovators were guided through a social innovation design process to come up with viable products that help to address challenges in food insecurity, water management, livestock protection, sustainable livelihoods and early warning information systems.

“As a group, we collect the milk together and pay the poor upfront because they cannot walk by foot all the way to Marsabit – it is very far and dangerous. We now collect the milk right from the Manyatta, then transport to it our depot. We sell fresh milk but, if we are unable to sell it all, we transform it to yoghurt and ghee for alternative sale,” said Sabdiyo Lologol, an innovator from Marsabit.

The selected 8 innovations will proceed onto the incubation phase for the next four months, where they will receive small grants from Disasters and Emergencies Preparedness Programme (DEPP) to actively develop starts-ups that will be able to launch their innovations into their communities.

‘Maarifa Kona’ provides a community-centered and driven approach, embracing a bottom-up approach that empowers communities to identify local solutions to their problems.

It is managed through the AIM Consortium comprised of Adeso (the lead), iHub and Mastercard. It is funded through UKAid and managed collaboratively by the Communicating with Disaster Affected Communities (CDAC) and Start Network.

The programme will run for a period of 10 months and will involve four phases: Idea Generation and Selection, Research and Concepts (3 months); Development (4 months) and Incubation (6 months).

The programme will commence with a call for ideas from the participation communities from which, 22 innovators (11 from each lab) will be selected to participate in the three stages of the innovation process.

At the incubation phase, eight innovators (4 from each lab) will be selected and provided larger funding and scale up their innovation for a period of four months before coming to an end in June 2019.