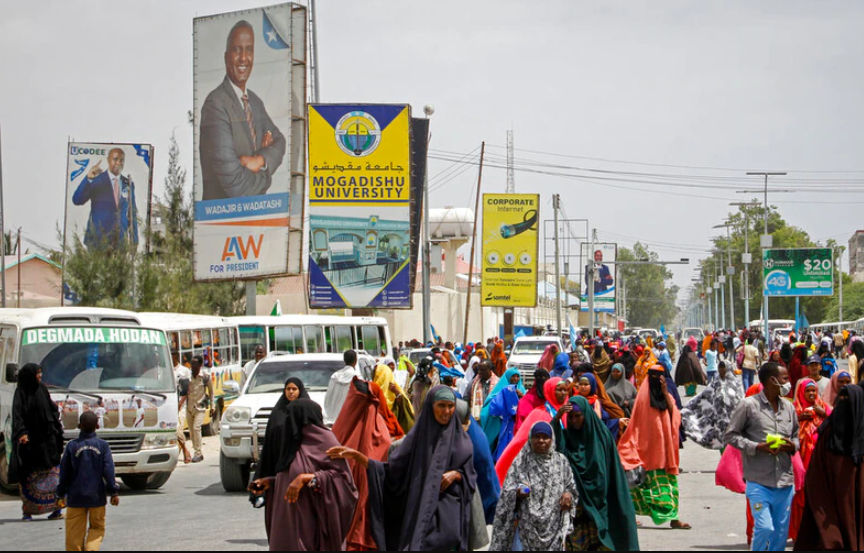 Somalia’s indirect election of lawmakers, expected to begin Sunday, was delayed once again as regional parliaments were not ready.

No new date was set for the Somali upper house elections.

Authorities said the vote did not take place because the five state leaders failed to submit a list of the final candidates. They also said a regional parliamentary committee was not put in place to oversee the vote.

The chair of the federal election implementation committee, Mohamed Hassan Irro, said the process is on the right track despite the setbacks.

He says the country is working toward a fruitful poll process, adding that the main challenging aspect has been resolved following a political agreement between the federal and state-level leadership in the country.

Somalia’s parliamentary and presidential elections were scheduled to take place after the end of President Mohamed Abdullahi Farmajo’s term in February, but disagreements between the government and opposition delayed the process for months.

The opposition says it is looking forward to a smooth process in the coming weeks despite the delays.

Mohamed Hassan Idris, an opposition member of parliament seeking reelection from Jubbaland state, says all the materials needed for the electoral process have been put into place and that the security and monitoring teams are also ready. He says they expect the list of the candidates to be submitted in the coming hours to kick off their campaigns before the start of the parliamentary elections.

More than 15 candidates have declared their interest in ousting Farmajo in the October 10 presidential elections that will be decided by the 329 members of parliament.

Mahad Wasuge from Somali Public Agenda, a research organization in Mogadishu, says the delay in parliamentary elections will affect the presidential vote, which he predicts will be pushed toward the end of the year.

Separately, Islamist militant group al-Shabab, which disrupted the election process in 2017, last week threatened to harm anyone who takes part in the presidential and parliamentary elections.