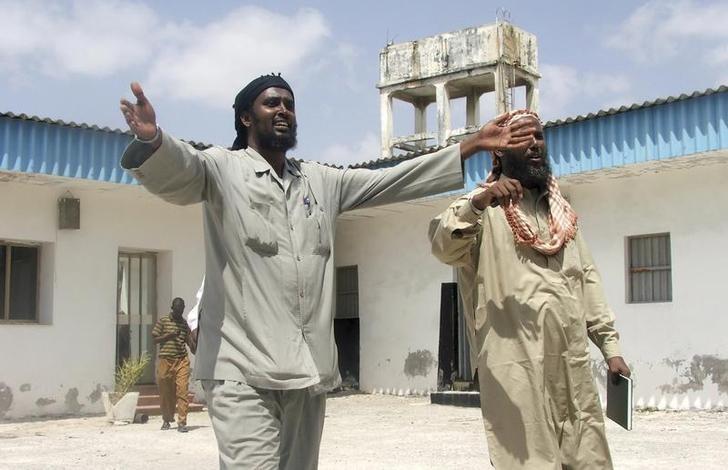 Al Shabaab fell out with its former spokesman and deputy leader Robow in 2013 and he has been laying low in the jungles with his forces since then. The Islamists have launched multiple attacks to try kill or capture him.

An army official said in June there were negotiations between the government and Robow but there were no guarantees that he would defect. He said it had sent soldiers to try to defend him.

“Robow and his seven bodyguards are now in Hudur with local officials. He will be flown to Mogadishu soon,” Colonel Nur Mohamed, a Somali military officer, told Reuters by phone from the southwestern town of Hudur.

His defection comes two months after the United States removed a $5 million reward for his capture and took him off its list of sponsors of terrorism after five years. It was not immediately clear if the timing of the defection was linked.

Nonetheless, it could give pro-government forces more freedom to operate in the regions of Bay and Bakool, slicing al Shabaab’s operational territory in two.

It was not immediately clear what would now happen to Robow, but residents and an analyst were doubtful over the impact of the move.

“It is not a good news. The government should eliminate Robow and the militants who fight him. Otherwise it is recycling the insurgency and militants,” resident Mohamed Edin, told Reuters.

Mohamed Aden, a history lecturer at a Mogadishu university, told Reuters: “If criminals are not taken to court, then there will be no peace.”

Al Shabaab has been fighting for years to try to topple Somalia’s central government and rule the Horn of Africa country according to their own interpretation of sharia law.

The militants, who are allied with al Qaeda, were driven out of the capital Mogadishu in 2011. They have also since lost nearly all other territory they previously controlled after an offensive by Somali government troops and African Union-mandated AMISOM peacekeepers.

Al Shabaab, however, remains a formidable threat and frequently carries out bombings both in Mogadishu and other towns against both military and civilian targets.

(This version of the story corrects name of second reporting credit to Abdi Sheikh, not Abdi Guled)