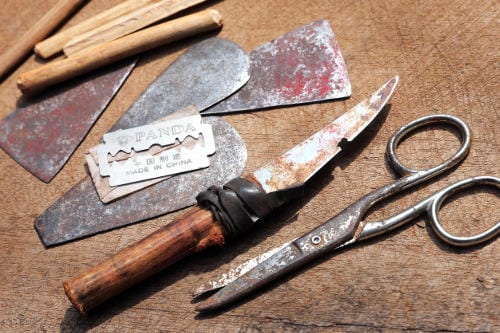 Somalia will prosecute a female genital mutilation (FGM) case for the first time in the country after a 10-year-old girl died from the procedure last week.

Deeqa Dahir Nuur suffered complications two days after her mother took her to a local cutter in a remote village on July 17, according to media reports.

Her case drew widespread condemnation and anti-FGM groups in Somalia have been calling for justice for Deeqa.

Now the government has announced it will pursue its first FGM prosecution even though there is not currently legislation outlawing the practice.

“This is an historic moment for ending FGM in Somalia. This cannot be happening in our country in the 21st century. It is not part of our religion, and it will not be part of our culture,” Mohamed Guuled said at a conference organized by Global Media Campaign to End FGM in Mogadishu Wednesday.

One of the doctors who tried to save Deeqa after the botched procedure told CNN she suffered the most extreme form of FGM he had ever seen.

“Her whole female genital tract had been removed, the labia and the clitoris had been cut off, it’s type 4 FGM.

“She was brought in two days after they cut her, she was already infected with tetanus,” Dr. Abdirahman Omar Hassan said.

“I have never seen this kind of mutilation. And I have treated many bad FGM cases here because it is so common. She was bleeding and convulsing.

“We tried to save her, but she died an hour later.”

The country’s attorney general said he would prosecute those responsible for Deeqa’s death under existing laws.

“We are going to prosecute on this straight away,” Attorney General Ahmed Ali Dahir told journalists at the conference.

“Prosecuting this case will not be delayed because we don’t yet have a law banning FGM.

“We can do it under the existing penal codes in Somalia,” Dahir said.

Dahir added that a team had been sent to the girl’s village to investigate her death.

With a 98 percent prevalence, Somalia has the worst FGM rates in the world, according to United Nations statistics.

A 2018 UNICEF report estimates that at least one in four women and girls between the ages of 15 and 49 have undergone FGM in the country.

The report said around 200 million girls and women in the world are affected. FGM involves the altering or removing of the female genitals, such as the clitoria or labia. FGM can cause severe bleeding and health issues including infections and infertility, as well as complications in childbirth.

The practice is recognized internationally as a violation of the human rights of girls and women, yet it remains widespread in Somalia for religious beliefs, anti-FGM campaigners say.

“FGM can end for women in Somalia if leaders endorse the campaign to end it,” said Ifrah Ahmed, who runs women’s rights group, Ifrah Foundation.

“What the attorney general said sends a clear message for those cutters and mothers who are practicing FGM in the village or city that it will no longer be tolerated.”

“We hope a prosecution can happen to send a signal that this extreme form of violence will no longer be tolerated. Somali girls are literally dying because of FGM,” Wynne told CNN in an emailed statement.