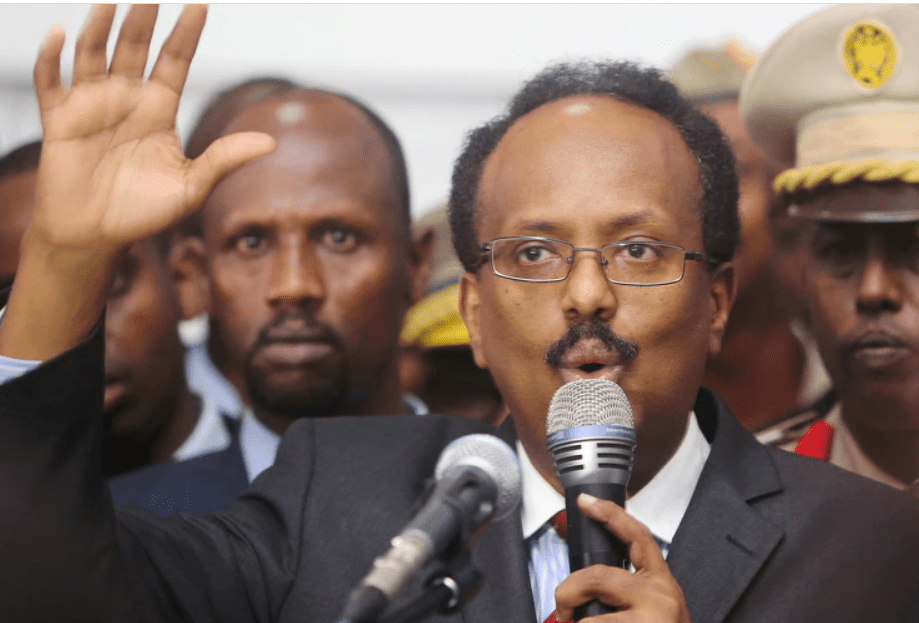 Somali President Mohamed Abdullahi Mohamed has signed a controversial measure extending his term in office by two years. Opposition lawmakers have spoken out against the action, along with donors and the international community. The extension comes two months after the president’s four-year term expired with no agreement on how to replace him, while elections set for February were delayed.

Mohamed, known by his nickname Farmajo, signed the legislation late Tuesday. One day earlier, parliament’s lower house voted to extend his mandate, saying it had no other choice. Opposition lawmakers, including those in the upper house, have denounced the extension.

Ilyas Ali Hassan, a member of the upper house, urged the president to avoid decisions that threaten the country’s stability. He also urged Farmajo to return to talks on establishing an electoral system.

“It is unconstitutional, both Farmajo and lower house of the people – [the] mandate has expired so the decision to extend their mandate by two years is null and void and this is absolutely [a] threat to the stability and unity of Somalia and the peaceful transfer of power that Somalia has maintained last 20 years,” Hassan said. “So we urged Farmajo to return to Afisiyoni talks immediately in order to reach agreement based on 17 September.”

More recent talks to resolve the electoral impasse officially failed last week after the government placed blame on the leaders of Puntland and Jubaland. Those leaders have said they will no longer recognize Farmajo as president.

Civil society groups argue that if the September 17 agreement cannot be implemented, other options could be explored.

Mahad Wasuge is the executive director of the Mogadishu-based group Somali Public Agenda. Wasuge is calling for the election of a new caretaker government within the next two years.

“I believe political agreement is fundamental for peaceful elections and Somalia’s political stability,” Wasuge said. “Somali Public Agenda has recently published proposals which come through a political agreement which allows the parliament to stay in power for two more years while electing the new speakers and a president. This could be a solution for the  current political crisis similar alternatives can also be explored but only way out is a dialogue and agreement by political stakeholders.”

Donors have voiced concern about the political crisis. Somalia relies heavily on outside help to feed its people, many of whom are internally displaced. The fight against al-Shabab militants has caused many to flee their homes.

Meanwhile, U.S. Secretary of State Antony Blinken issued a statement Tuesday saying the United States is “deeply disappointed” by the approval of the legislative bill. The statement threatened sanctions and visa restrictions. The European Union is also considering sanctions and warned that the Somali government’s actions would divide the country.

Hassan Mudane lectures on African politics and government at the University of Somalia. Mudane says sanctions may be imminent.

“I think the expected punitive measures by the international community will have a dire consequence,” Mudane said. “The possible actions will include target sanctions such as asset freeze and travel ban. Additionally, they may impose trade sanctions on Somalia, cutting foreign aid and strengthening army embargo which could affect the fight against al-Shabab.”

The United Nations has also urged Somali leaders to agree to a way forward to resolve the electoral crisis.