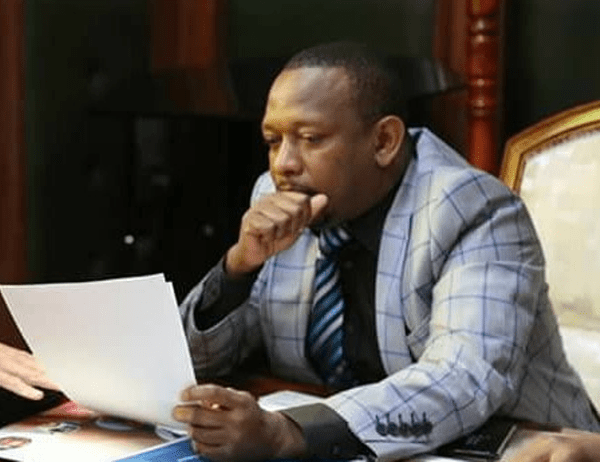 This comes after the officials contradicted his assertion of negligence in the death of 11 infants whose bodies were found stuffed in paper bags at Pumwani Maternity Hospital on Monday.

Charles Kerich also doubbles up as the current Lands CEC while David Aseko presently serves as the Legal Affairs Director.

Addressing the media at the maternity hospital on Tueday, Ms. Kangogo, who was flanked by Mr. Jimale, said “the deaths occurred from operations that are normal to health.”

According to Mr. Jimale, out of the 11 deaths, four were recorded as fresh stillbirths (foetus with no signs of life).

The Chief Health Officer further noted that two deaths were macerated stillbirths, whereby the babies had already died in the womb by the time they were delivered.

He added that four were neonatal deaths, meaning the babies died within the first 28 days of life.

The 11th baby, according to Mr. Jamale, was brought to the hospital dead by a parent who wanted the Pumwani hospital to safely dispose it.

“The truth is that out of the 11 bodies that were confirmed yesterday we can account for each and every child with tagging and notification of deaths,” said Mr. Jamale.

Sonko, who found the bodies in a room at the hospital, said he was acting on a tip off by members of the public who informed him that the management had shut down machines at the maternity wing leading death of infants.

“Conducting an impromptu visit at Pumwani Hospital, where it’s alleged by members of the public that the management shut down the machines at the Maternity Wing leading to loss of lives of young ones. I want to categorically state that human life must be respected no mater the case.

“Stern action will be taken against anyone found to be sabotaging the good services offered to our mothers and sisters who come to deliver in this facility,” said Sonko in a Facebook post where he shared a video as he confronted attendants at the hospital.

Soon after the discovery, Governor Sonko suspended top officials at the facility including the entire board of the maternity hospital.

The Kenya Medical Practitioners and Dentists Union (KMPDU) has also accused Sonko of politicising the issue.