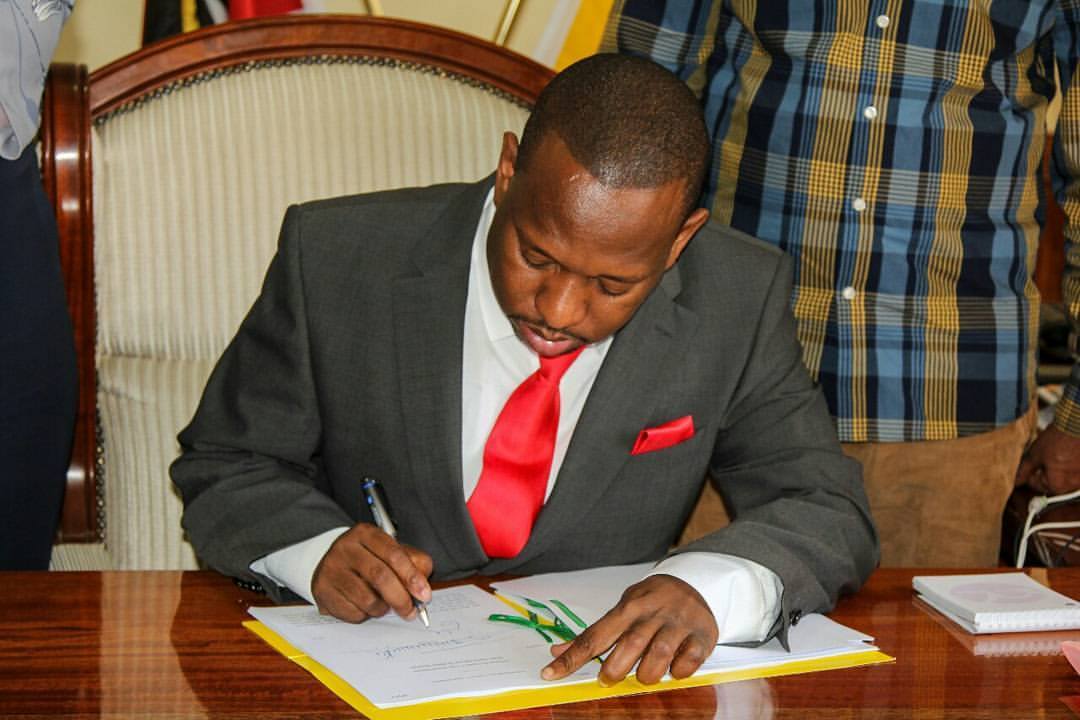 Nairobi County through its boss Governor Mike Sonko has filed a case at the Milimani law courts seeking to stop payments to all creditors so as to allow audit pending bills amounting to Ksh.60 billion.

“The county is willing to settle the pending decrees but needs time to pay after scrutiny, and ascertaining the status of the various payments,” reads the court documents.

According to Sonko, the county’s liabilities as at June 30, 2017, stood at Ksh.56 billion an amount which is inclusive of debts due to statutory bodies, suppliers and contractors, long term loans, contingent liabilities and employee benefits.

According to the court papers other debts arising from court cases makes a total sum of Ksh.3 billion.

Sonko says that the county is experiencing financial constraints and is not in a position to immediately pay in the current financial year owing to limited and restricted sources of revenue.

Similarly the county boss claims that the county is experiencing financial constraints that have made it difficult to meet its monthly obligations as well as settle debts accrued by its predecessor and particularly settle the decretal sums issued against it.

“Some of the creditors have initiated and pursued execution against the County Government via attachment and committal proceedings, seeking to have Nairobi City County officers committed to civil jail for failure by the Nairobi City County to satisfy decretal sums, and such arrest and/or imprisonment will be unfair and contrary to the constitution with specific regard to freedom of movement, devolution and its objectives.

The county says it’s apprehensive that arresting and detaining the its officials has the potential of bringing to a standstill or throwing into disarray the functioning of Nairobi City County, including payment of creditors, contrary to public interest and policy.

“If the creditors are allowed to continue with the execution the move is likely to expose the County government and the public at large to further untold liabilities and eventual loss of public funds.”