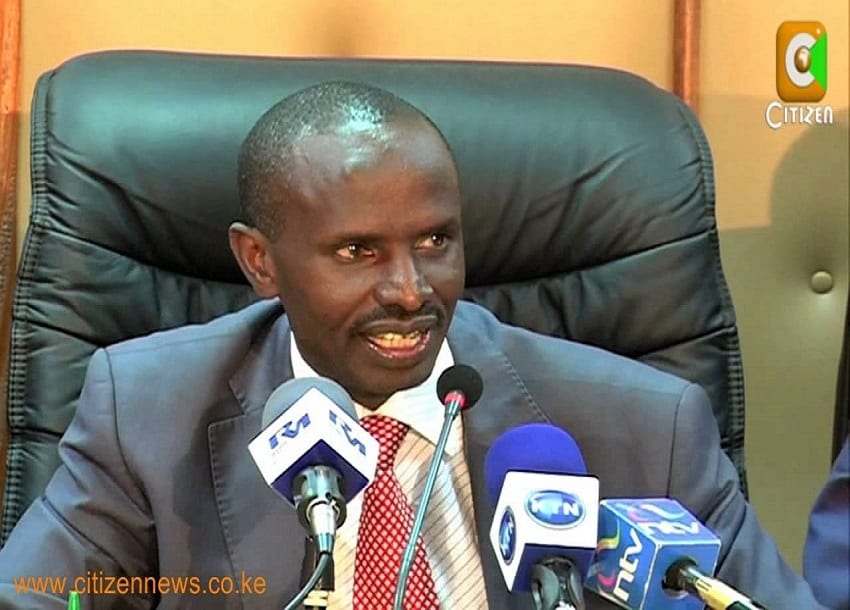 Kenya National Union of Teachers (KNUT) officials from the Coast region have demanded the resignation of the union’s Secretary-General, Wilson Sossion, who is also a nominated Member of Parliament.

The call comes amid a power struggle between Sossion and outgoing KNUT Chairman Mudzo Nzili that has spilled over to the Labour Ministry.

KNUT’s Coast branch Executive Secretary Tom Kitu Gwengwele criticised the move by Sossion to announce the removal of Nzili, stating that he had overstepped his mandate.

“The Secretary general of KNUT is acting segregative in terms of the KNUT constitution, there is nowhere he is listed as appointing officer,” said Mr. Gwengwele.

“We wish to state clearly that all the regional council members of the 11 coastal branches together with the teaching staffs in the region, are not supporting the move to remove Nzili from the position of national chairman,” he added.

Last week, Sossion sent Nzili and his deputy Samson Kaguma on terminal leave, a move that the Ministry of Labour advised against saying the two had not attained the mandatory retirement age of 60.  Nzili was set to retire in May while Kaguma in April next year.

In a letter addressed to the Labour Commissioner said: “In light of the above and having referred to article 18(c) of the union’s constitution, it would be unlawful to proceed with the planned by-elections scheduled for December 14, since the positions are not yet vacant.”

However, Sossion dismissed the letter saying; “The Ministry of Labour cannot purport to run the trade union. The union must be allowed to engage in their activities within their constitution.”