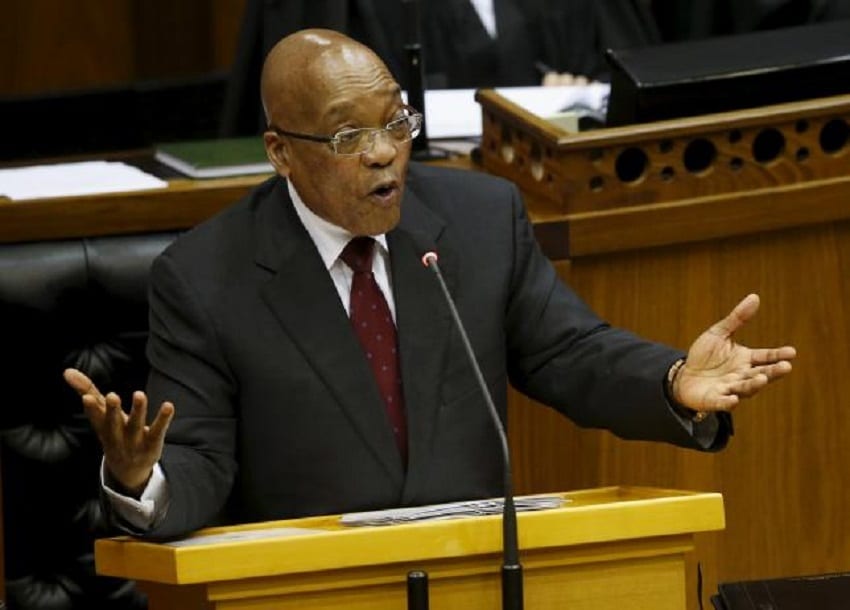 Bashir, accused of masterminding genocide in Darfur, was allowed to leave an African Union summit in South Africa and fly home, in defiance of a local court ruling ordering his detention under a warrant from the International Criminal Court.

South Africa, a member of the ICC, is obliged to enforce warrants from the Hague-based tribunal.

Mmusi Maimane, head of the opposition Democratic Alliance, which sponsored the motion put to lawmakers, urged members of parliament to vote to set up an ad hoc committee to look into the president’s role.

“When President Jacob Zuma chose to violate the court order, he attacked the very foundations of our constitution,” Maimane told parliament in Cape Town in a debate broadcast live on television.

Parliament is dominated by Zuma’s African National Congress (ANC) and the motion was defeated by 211 votes against, to 100 in favor. Seventeen lawmakers abstained.

Bashir’s exit triggered an international outcry and highlighted deep rifts between the global court and African powers who have accused the ICC of bias against the continent. The ICC – set up to try the worst crimes when local courts fail – has so far only charged Africans.

Zuma is on a visit to China. He has previously said Bashir would have been detained if he had visited South Africa as an individual, rather than as a delegate to an AU summit.

Pretoria has said it will review its membership of the ICC and challenge a high court ruling that found the state erred in letting Bashir leave.

Lindiwe Zulu, a member of the ANC and minister for small business development, said the motion was aimed at discrediting the ANC and undermining South Africa’s role in peace efforts across Africa.

“The ANC-led government has always respected the rule of law,” Zulu said in parliament.