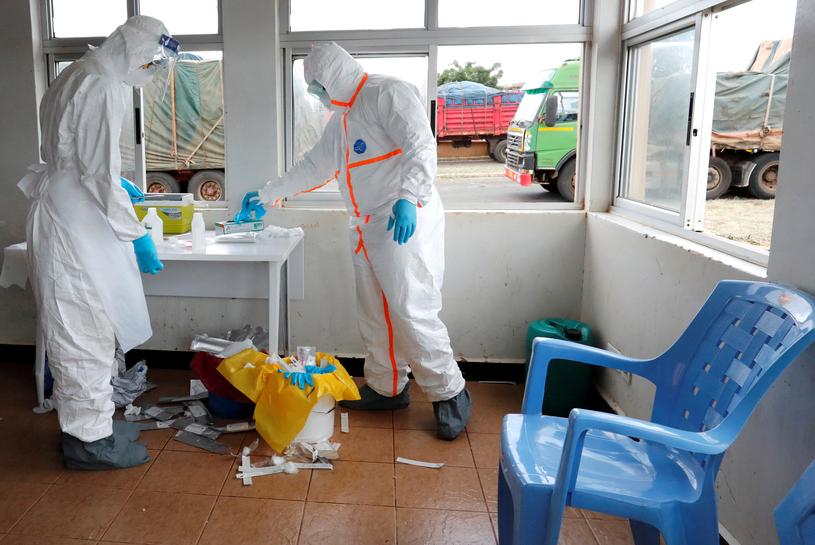 David Makhura, premier of the Gauteng province where major cities like Johannesburg and Pretoria are located, said payments of around 1 billion rand (Ksh.6.3billion) to PPE suppliers had been halted, after an initial audit raised red flags like overpricing and bad quality.

A top Gauteng health official, Bandile Masuku, will take at least four weeks of leave during the investigations, he added.

Gauteng has more confirmed COVID-19 infections than any other province, accounting for around a third of South Africa’s 470,000 cases.

Diko and her husband, king of the Bhaca people, have denied doing anything illegal. In a statement, they said a PPE contract awarded to Royal Bhaca Projects, a company linked to Diko’s husband, was cancelled before public funds were paid out.

Masuku has also refuted allegations of impropriety. But Makhura said the allegations against Masuku and the province’s health department were serious and could not be ignored.

“These allegations we are facing now have profoundly eroded public confidence,” Makhura said. “PPE is very, very important for our frontline workers, it is meant to protect them, to empower them to be able to do their work, it was not meant for the loot.”

Makhura said he did not suspect all 102 companies being probed by the Special Investigating Unit (SIU) had committed wrongdoing, but he wanted all PPE contracts scrutinised.

An SIU spokesman did not respond to requests for comment.

Makhura added: “This PPE story has the potential to sidetrack us from the battle of saving lives, and it is shameful.”