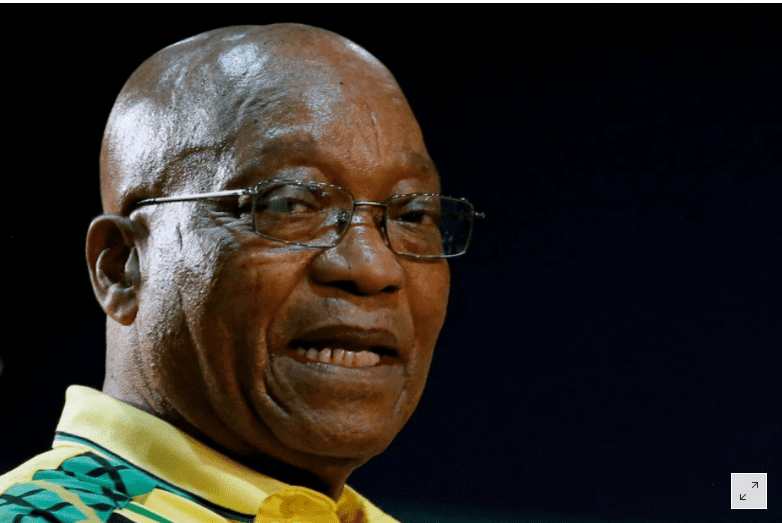 South African police on Wednesday raided the family home of businessmen friends of President Jacob Zuma amid a probe into allegations that the family used their links with the president to win state contracts and influence Cabinet appointments.

The raid by the specialist Hawks police unit on the family home of the Guptas came a day after the ruling African National Congress (ANC) ordered Zuma to step down as head of state after nine years in office dogged by scandals and a stagnant economy.

A dozen heavily armed tactical police blocked off a street leading to the Gupta home in Johannesburg. A police officer told Reuters: “This is a crime scene.”

Zuma and the Guptas a family of wealthy Indian-born businessmen denied any wrongdoing.

A lawyer for the Gupta family said he could not comment on the raid because he had yet to see the search warrant.

Hawks spokesman Hangwani Mulaudzi said the raid was part of an investigation into allegations of influence peddling in the government. The allegations are also the subject of a judicial inquiry on wider corruption.

“We’re viewing this investigation in a very serious light. We’re not playing around in terms of making sure that those who are responsible in the so-called state capture, they take responsibility for it,” Mulaudzi said.

He declined to give details of what was seized or if the business premises of the Guptas would also be raided, saying a full statement would be released later on Wednesday.

Zuma was expected to respond on Wednesday to an order from the ANC to resign as head of state, party officials said.

The ANC said on Tuesday it had decided to “recall” Zuma, a euphemism for removing him from office, but gave him no firm deadline to resign, setting the stage for a potential fight to wrest him from power.

ANC Secretary General Ace Magashule said the party’s national executive was split on when Zuma should step down, although the party expected him to respond to the order by Wednesday.

Finance Minister Malusi Gigaba told CNN late on Tuesday Zuma was expected to address the nation at 0800 GMT on Wednesday.

Zuma’s spokesman could not be reached for comment and there was no official confirmation from the presidency that the address would take place.

ANC spokesman Pule Mabe told state broadcaster SABC that Zuma remained “a disciplined member of the ANC and would do what is best for a cadre of the movement”.

Zuma is already facing a no-confidence motion in parliament, brought by the opposition Economic Freedom Fighters and set for Feb. 22.

The ANC could throw its weight behind such a vote if Zuma, who has survived several no-confidence motions in the past, refused to resign. The entire Cabinet would have to step down if such a vote went through.