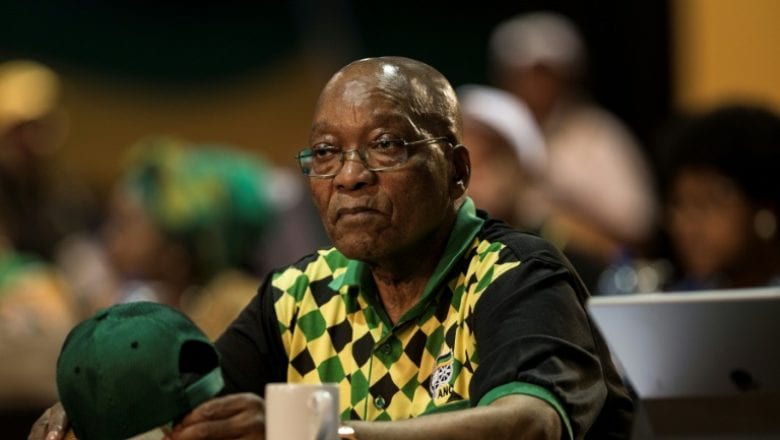 South Africa’s ruling African National Congress (ANC) had been preparing to fire Jacob Zuma as head of state this week, according to leaked comments from a top party official, but a negotiated exit now looks more likely.

The ANC had scheduled a meeting on Wednesday evening of its National Executive Committee (NEC), which has the authority to fire Zuma, but canceled it late on Tuesday after “constructive” talks between new ANC leader Cyril Ramaphosa and Zuma.

Ramaphosa said on Wednesday he was holding direct talks with Zuma over a transition of power and he hoped to conclude their discussions “in coming days.”

But leaked comments from senior ANC official Paul Mashatile suggested that at the weekend Zuma was digging in. Mashatile was part of a group of the ANC’s top six most powerful officials who met Zuma late on Sunday at his official residence in Pretoria in a bid to convince him to resign.

“Zuma basically said to us: ‘I‘m not going anywhere. I‘m not convinced by you guys so I‘m not going to resign,” Mashatile told investors at a mining conference in Cape Town on Tuesday. His comments emerged in a recording leaked to several domestic media outlets late on Wednesday.

“Our view is that if the president doesn’t want to resign, for whatever reason, we have a party to run that is going to be very soon in the election campaign,” Mashatile said. “We want to ensure that we are not involved in motions of no-confidence, or impeachment that will affect our party.”

Mashatile was not immediately available for comment and an ANC spokesman did not respond to a request for comment.

South Africa holds elections next year and ANC leaders worry Zuma’s tenure, which has included corruption scandals and an economic slowdown, could help it lose a majority it has held since the end of apartheid in 1994.

Zuma took power in 2009 but has been in a weakened position since Ramaphosa replaced him as ANC leader in December.

Zuma has survived several no-confidence votes in parliament but faces another on Feb. 22 filed by the far-left opposition party Economic Freedom Fighters.

ANC officials say they want Zuma to resign rather than be forced out by a vote of the ANC’s executive committee, or a parliamentary no-confidence vote, either of which could expose divisions in the party.