Speaker Justin Muturi rules out amendments to the BBI Bill 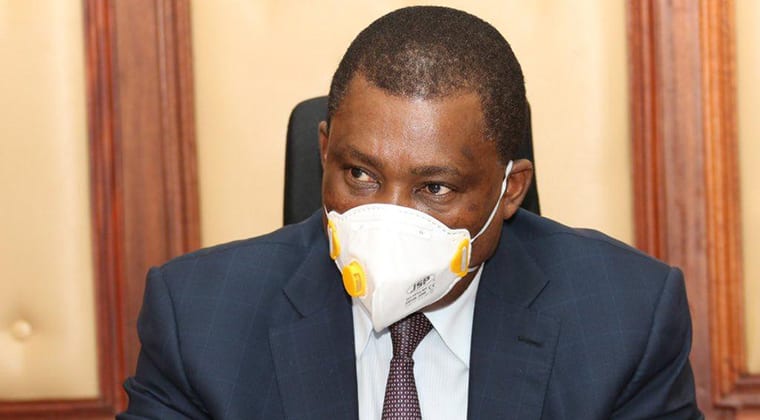 National Assembly Speaker Justin Muturi on Tuesday ruled that MPs cannot make amendments to the BBI Bill that is currently in Parliament.

Muturi said amending the proposed changes to the constitution in a popular initiative amounts to lawmakers taking away the power of those who initiated the process.

“A bill to amend the constitution by popular initiative may not be amended by the House as any amendments shall negate the popular will of the people indirectly amending the constitution,” said the Speaker.

“Alterations to the text of such a bill will only be allowed to correct typographical errors before submission for assent as provided for in the standing orders.”

According to the National Assembly Speaker, only typographical errors and spelling mistakes will be rectified before the bill is sent to the president for assent.

But during its debate on the bill, a section of Senators led by Bungoma Senator Moses Wetangula vowed to amend the bill.

“We expect, at committee stage, to see who brings amendments to this constitutional bill. And let nobody frighten you that you can’t amend, you can amend,” said Wetangula.

“We must take charge of our destiny, this is the moment, and I insist Parliament still has a lot to amend,” chimed in Kericho Senator Samson Cherargey.

Last week, a section of MPs questioned the legality of the bill before the House with the Speaker required to make a ruling on whether the House should continue debate on it yet there is an active court case that was pending.

The courts had already barred IEBC from taking any action on the Constitution of Kenya Amendment Bill 2020 until the case is heard and determined.

The National Assembly resumed its normal sittings on Tuesday debating the bill into the night in a race against time to conclude the matter.

The joint Justice and Legal Affairs Committee delivered two conflicting reports after a section of the committee members opposed the bill and pushed for amendments.

The differences saw Rarieda lawmaker Otiende Amollo kicked out of the committee and replaced by Ruaraka MP TJ Kajwang.

The House shelved the Wednesday debate to allow the address of the joint sitting by the visiting Tanzania President Samia Suluhu.