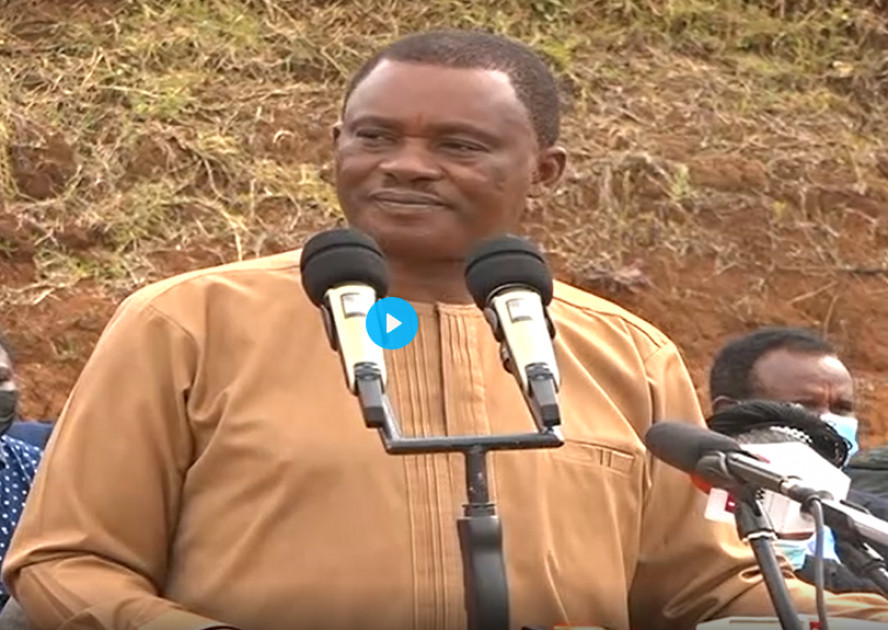 National Assembly Speaker Justin Muturi says political parties should embrace the coalition agreements approach which he says will lead to stability of the country.

Speaking on Friday in Molo, Nakuru County, Muturi took stock of the 2013 coalition government between The National Alliance ( TNA) and the United Republican Party (URP) which he says was a formidable government that earned respect as different political parties consulted.

"Politics is about interests. You can together as leaders of different parties and put your interests on the table. There is a lot of respect in talking together. All registered parties have a right. There is political right guaranteed in the constitution," said Muturi.

Speaker Muturi also reiterated that he will be on the ballot come August 9th, vying for the presidential seat under the Democratic Party (DP)

He drummed up support for his presidential bid saying that he will transform the lives of Kenyans.

He spoke during the opening of the Kenya Medical Training College in Elburgon, Molo Constituency where he will be hosted by area MP Kimani Kuria.

This initiative is part of the National Assembly CSR Program in partnership with the Church of Jesus Christ of Latter Day Saints.