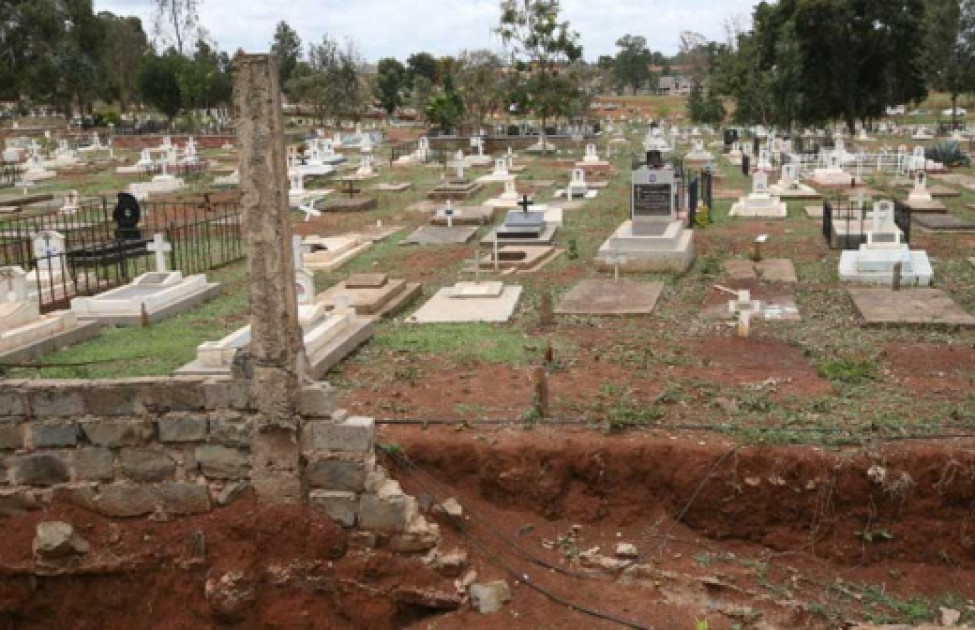 A photo of the Lang'ata cemetery in Nairobi. [image: source]

Following Sunday's cremation of the late Charles Njonjo, fresh controversy was reignited around the decision to cremate the body of a deceased person, particularly in the African cultural context.

Nairobi County Executive Committee member for Health Hitan Majevdia now says that people should start leaning towards the option of cremating their loved ones upon death citing a space shortage in cemeteries within Nairobi.

"All those burials you see in the Lang'ata cemetery is just an accommodation we do for people but we do not have space, we are short of space," he said in an interview on NTV.

Demystifying the much-stereotyped cremation subject, Majevdia says that the process is considered holy especially in the Hindu culture further stating that it is a respectful process and not just torching a body on fire.

"Cremation is not lighting up a body, cremation is actually a process. In the Hindu culture it is actually done with a lot of respect. There is a procedure in which it is done. Even when the late Njonjo was cremated it is not just putting a body on fire, it is a very solemn and respectful process," he said.

However, George Omwansa, a member of the Lawyer Society of Kenya council, who has handled several cremation disputes warns that those who prefer to be cremated must indicate in their will to avoid conflict within the family upon death.

"The entire family is normally not fully aware that the wishes of the deceased were that he wants to be cremated and that is why you always see a dispute that a section of the relatives would come out strongly opposing the option of cremation," said Mr. Omwansa.

He says that with the presence of a will, chances of disputes emerging are minimal since this will allow time for mutual agreement between members on the burial option.

A cremation process to an adult costs about Ksh.50,000 at the Lang'ata crematorium in Nairobi.