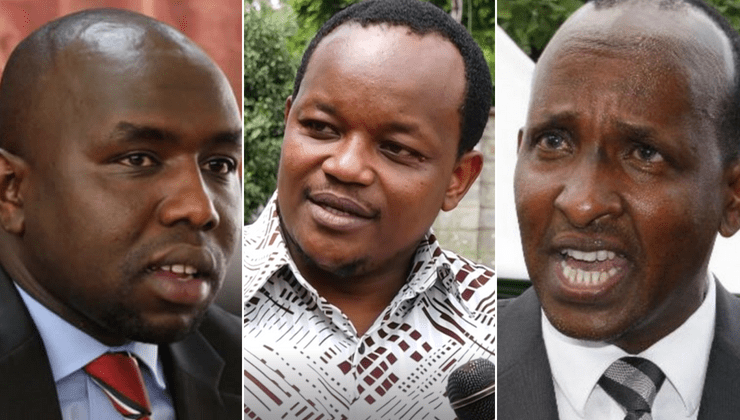 Nyeri Town MP Ngunjiri Wambugu is demanding that Majority Leaders from the both the Senate and National Assembly step aside.

According to him, Kipchumba Murkomen and Aden Duale are going against the agenda of President Uhuru Kenyatta in both Houses.

Also Read: Why Senator Murkomen is against gov’t lifestyle audit

He argued that the two had shown that they cannot drive the Big Four Agenda by going against the Head of State on matters to do with fighting corruption.

“We cannot have our Majority Leaders being the people who are being used to fight the president. They were given those positions to push the policies of the president,” he said.

“For example, when Kipchumba (Murkomen) says that he has a problem with the lifestyle audit and then I ask myself… we expect him to be the one pushing the policy agendas of the president in the Senate… how is he going to push the policy on lifestyle audit if he doesn’t believe in it?”

He further claimed that dragging the Kenyatta family into the sugar scandal is a plan by leaders allied to Deputy President William Ruto to interfere with ongoing investigations.