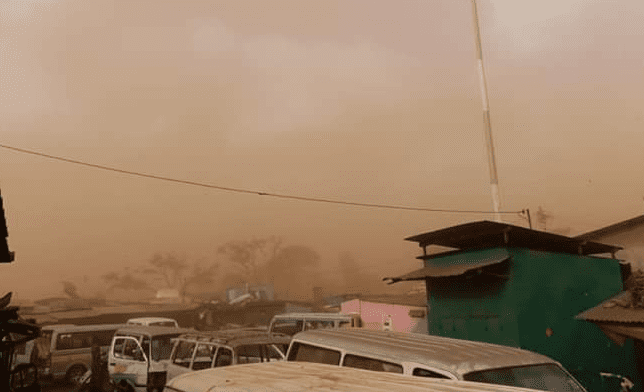 A woman was electrocuted following strong winds that reportedly caused a power outage in Kirinyaga on Tuesday.

The deceased, 32-year-old Winnie Wambui, is said to have touched her TV aerial which had been damaged in the windstorm.

According to Kiarukungu area assistant chief Henry Kariuki, the woman had left work early to prepare for a prayer session she was to host at her new house.

She reportedly found her TV aerial stripped off the roof and when she touched it, was electrocuted.

The body has been moved to Mwea Mission Hospital mortuary awaiting postmortem.

On Tuesday, power outages were reported in Kitui, Thika and parts of Nairobi.

According to the meteorological department, the windstorm emanated from the Indian Ocean and will continue for the next four days.

“What we are experiencing is a deep convective system in the southern section of Kenya. This system is moving from the Coastal Kenya as it propagates inland toward South East low lands, Nairobi and Central parts of Kenya,” a statement from the weatherman reads.