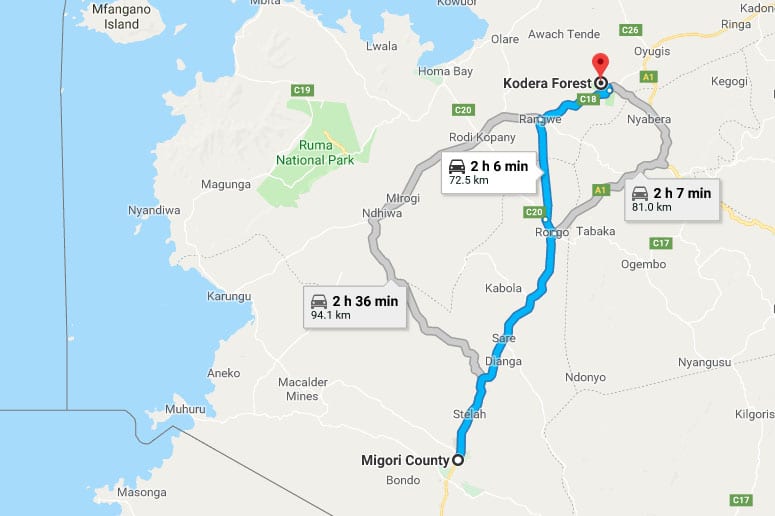 The pregnant university student, who went missing after a Nation journalist was abducted for pursuing a story implicating Migori Governor Okoth Obado in a love triangle, has been found dead.

Kodera Forest is approximately two hours away from Migori where she was last seen before news of her abduction emerged, alongside that of Barack Oduor, the Nation journalist who was pursuing her story.

She was a second-year student at Rongo University and the first-born in a family of four.

Reports indicate that Sharon met the journalist at a hotel in Rongo on Monday night.

She told him that Migori Governor Okoth Obado had allegedly impregnated and abandoned her.

It is at the said hotel where the two were were reportedly kidnapped but the journalist managed to escape a few hours later.

He recorded a statement with the Nyanza Regional CID Coordinator where he revealed shocking details of his encounter with unknown assailants.

Oduor narrated how he was abducted but as they were driving him away, he jumped out of the moving vehicle at Nyangweso Market Centre in Rangwe constituency.

He was rushed to the Aga Khan Hospital in Kisumu.

On Tuesday, the Governor’s personal assistant Michael Oyamo was arrested in connection with the abduction saga.

Police said he will remain in custody as investigations into the death of the student continue.