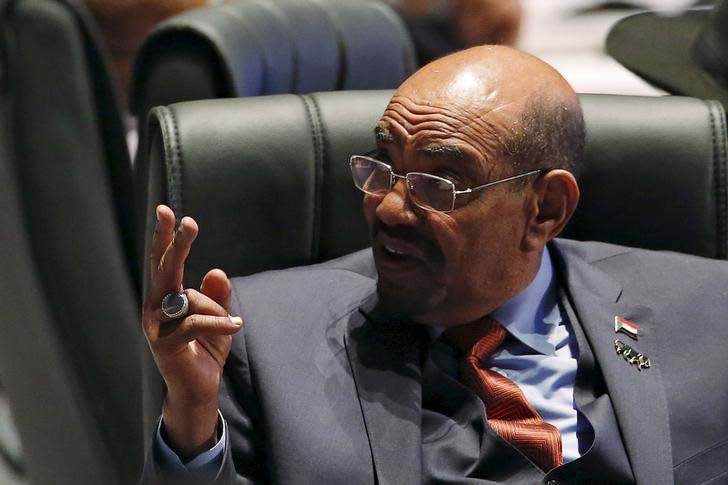 Sudan’s president Omar al-Bashir has threatened to close his country’s border with South Sudan.  Sudan reopened the frontier in January, after a previous shutdown in 2011.

Sudan is again threatening to close the border if South Sudan does not end what Sudan alleges is support for armed rebels.  Sudan accuses its southern neighbor of backing conflicts in its Darfur region, and in the Blue Nile and Southern Kordofan states.

James Alic Garang, a senior economist at the Ebony Center for Strategic Studies, based in Juba, says a border closure would be financially disastrous for South Sudan.

“Closing the border would even push South Sudan more down and it’s something unfortunate if they do.  I hope they will not do,” said Garang.

Sudan previously closed the border in 2011, following South Sudan’s secession, resulting in the south taking with it about three quarters of Sudan’s oil wealth.  The U.S. Energy Information Administration estimates it to be 5 billion barrels of proven reserves.

The border reopened in January, a move both countries anticipated would bolster financial ties.  Talks are taking place to discuss the border and other issues.

South Sudan agreed in 2012 to pay up to $25 per barrel for oil that traveled the pipeline from South Sudan to Port Sudan in Sudan, the only available route for export, but that agreement is expiring.

South Sudan agreed to pay additional fees of $11 per barrel to use the pipeline, as well as another $15 per barrel to its northern neighbor in an attempt to compensate for lost revenues after South Sudan was created and split from Sudan.

The arrangement was made when oil sold for more than $100 a barrel.

South Sudan ultimately ended up losing on the deal, when it agreed to introduce this fixed payment plan for use of the pipeline, instead of opting for a sliding scale linked to global prices. The country saw the agreement as a necessity at the time to gain its independence from Sudan.

Alex de Waal  is the executive director of the World Peace Foundation.  He calls Bashir’s newest threat part of “very high stakes bargaining” between Khartoum and Juba over financial arrangements, which he believes is the real reason behind Sudan’s threat.

“Now, the oil prices crash, and South Sudan is in an extremely hard financial situation, in fact, it’s on the brink of complete bankruptcy and hyperinflation.  And in these circumstances, President Salva Kiir is absolutely desperate to get more money and the only serious way in which he can get more money to pay his soldiers …who are extremely hungry for cash, is by signing a better deal with northern Sudan.  And President Bashir knows that extremely well and is using the threat of a border closure as part of his bargaining tactic,” said de Waal.

“You know, we’re trying to look at integrated market, in the eastern Africa region, so it does not auger well when candidates who want to join the regional trade block are busy using borders as a leverage point to negotiate some aspects of what troubles them,” said Shikwati.

The International Monetary Fund estimates that South Sudan depends on oil for about 98 percent of its revenue, so the country quite literally cannot afford more disputes with its northern neighbor that could affect its oil income.