Sugarcane farmers to be paid Ksh1.9B in the next seven days: DP Ruto 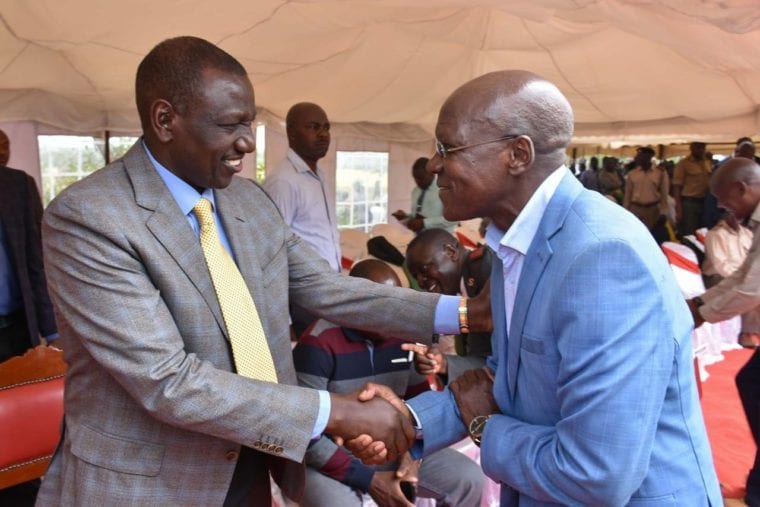 He said Ksh.1.9billion of the Ksh.2.7billion owed to farmers had been secured and would soon be paid out as part of the efforts to address woes facing cane farmers in the region.

“We have a problem in the sugar sector. Sh2.7 billion is yet to be paid to farmers who delivered their cane to factories. President Uhuru Kenyatta had recently directed that farmers be paid their money; that is why Sh1.9 billion has now been secured,” said Dr. Ruto

He was speaking in Shitoto, Kakamega County, on Saturday during the burial of Peletina Akhanyinya Washiali, the mother of Mumias East MP Benjamin Washiali.

He said reforms were being undertaken to ensure sugarcane farmers in future are paid on time for their deliveries to sugar millers.

DP Ruto urged farmers to embrace crop diversification to shield themselves from uncertainties.

“It is time we diversified to other crops like macadamia, coffee, tea and avocado among other crops instead of relying on sugarcane alone for survival,” said Dr Ruto.

Meanwhile, the Deputy President has urged leaders to put aside their political differences and take a common stand on matters of development.

He said the Government was ready to work with all leaders in the country for the sake of unity and development.

“Time for politics of division, hatred, ethnicity, elections and looking for positions is over. Let us now work as a team in addressing the challenges facing Kenyans. We are here today as leaders from different political parties because we are more concerned about the unity of Kenyans and development,” said Dr Ruto.

He said Ksh.1.5 billion under phase two and three of the last mile connectivity programme would benefit at least 30,000 households in Kakamega County.

He asked the provincial administration in the area to ensure more than 1, 500 pupils who sat for the Kenya Certificate of Primary Education examinations last year and who are yet to report to secondary schools to assume their form one slots as soon as possible.

“In Kakamega County, 52,000 pupils did KCPE but 42,500 have been admitted to secondary schools. About 1,500 are yet to take their places. The provincial administration should ensure those pupils are in school as soon as possible,” said Dr Ruto.

Mr Washiali asked Western Kenya residents to support the Government in addressing the challenges facing them.

He praised the Government’s cash transfer programme for the elderly comprising orphans and the less fortunate members of the society, saying the move has transformed their lives.

Mr Washiali, however, asked the Government to review the payment system, saying the current one subjected them to unnecessary delays.

DP Ruto also launched a CT scan in Longisa hospital before addressing wananchi at Silibwet grounds both in Bomet County.