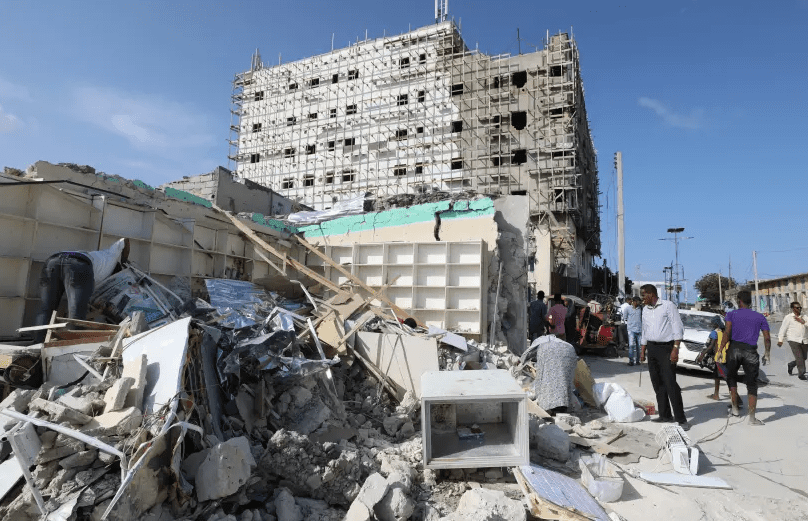 An explosion shook parts of the Somali capital of Mogadishu early on Saturday as a suicide car bomber drove into a checkpoint just outside the port, witnesses said, but police made no immediate comment on casualties.

“Metal debris fell all over us inside the port and we heard gunfire,” said a port worker who sought anonymity for security reasons. “Security forces have surrounded the area.”

The blast shoook the ground, said Mohammed Ali, a shopkeeper in the area. At the city’s Madina hospital, a nurse, Halima Nur, said it had received five people injured in the blast for treatment.

Somalia has been mired in conflict since 1991, when clan warlords overthrew dictator Siad Barre and then turned on each other.

Since 2008, the Islamist militant group al Shabaab has been fighting to overthrow the central government and establish its rule based on its own harsh interpretation of Islam’s sharia law.