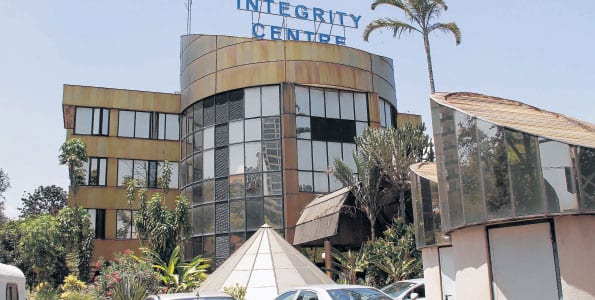 A former candidate for the Suna East parliamentary seat, Patrick Ochieng Odipo, has been charged with forgery of his academic papers and impersonation.

Odipo, who unsuccessfully vied for the seat under the Amani National Congress (ANC) party ticket in the August polls, denied the charges before a Nairobi court and was freed on a cash bail of Ksh.300,000 or a Ksh.1 million bond.

The politician was arrested Tuesday (November 14) morning in Nairobi by detectives from the Ethics and Anti-Corruption Commission (EACC) and questioned for over an hour before being arraigned in court.

Odipo is alleged to have used a Kenya Certificate of Secondary Education (KCSE) certificate belonging to someone else to seek for clearance to vie in the August 8th election and also seek for admission at the Kiganjo Police College for training in 1994.

“In the month of March 1994 within the Republic of Kenya, you presented to Kenya Police a document namely Kenya Certificate of Secondary Education result slip from Songhor Secondary School which had been issued to Ochieng Patrick of Index number 71028/001 by the Kenya National Examination Council and falsely represented yourself to be the said Ochieng Patrick,” read the charge sheet.