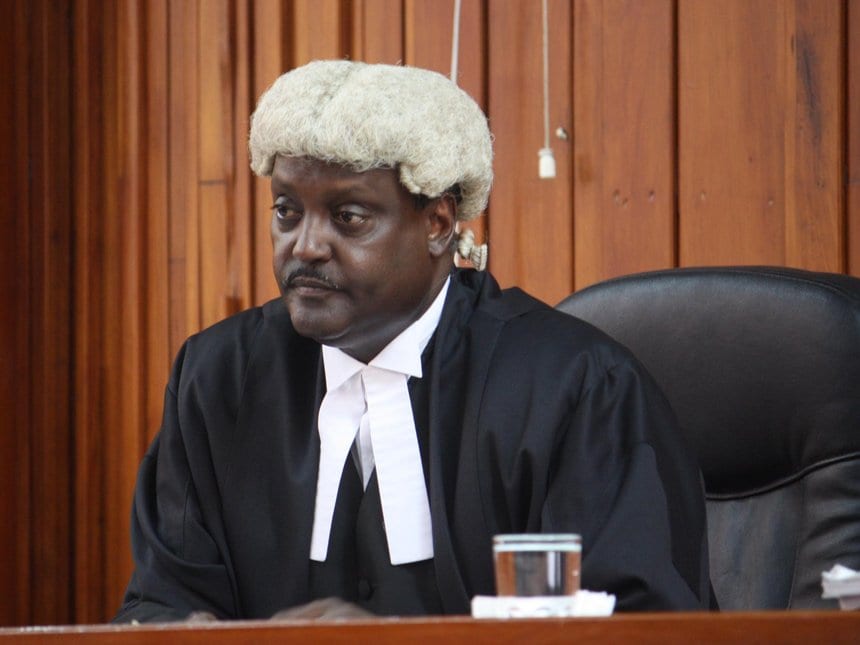 Supreme Court judge Mohamed Ibrahim has denied all allegations of bribery and gross misconduct raised against him in a petition filed by one Jared Ongeri seeking his removal together with three other judges of the highest court in the land.

Ongeri filed the petition at the Judicial Service Commission (JSC) seeking the removal of Judges Ibrahim, Jackton Ojwang, Smokin Wanjala and Njoki Ndung’u on grounds of alleged bribery and misconduct.

The petitioner accused the four judges of violating the constitution, gross misconduct, breach of the judicial code of conduct and oath of office in the determination of the Wajir gubernatorial petition.

In his response filed on Tuesday, Justice Ibrahim, who is listed as the 4th respondent says: “The 4th respondent denies the allegations and puts the petitioner to strict proof thereof,” further asking the JSC to exercise care and caution in adopting a standard of inference.

Justice Ibrahim says Ongeri has not placed any material to establish any bribe or corruption or impropriety.

According to the judge, the petitioner is seeking to appeal or review the judgement of the Supreme Court before the JSC which is not tenable.

The judge further says that JSC lacks the jurisdiction to consider or adjudicate the route taken by Ongeri to challenge the majority decision of the Supreme Court.

“The petition does not disclose any gross misconduct or breach of the Judicial of Conduct and Ethics against the 4th respondents,”reads the papers.

Justice Ibrahim maintains that the Supreme Court decision upholding Wajir Governor Mohamed Abdi’s election was based on sound legal principles and as such, the decision is not appealable to JSC.

He says that it is not within the ambit of the JCS to order or carry out the investigation as asked by the petitioner or any party.

Justice Ibrahim has also denied the allegation that he may have been a beneficiary of the alleged bribes allegedly channeled through Justice Smokin Wanjala and Njoki Ndung’u.