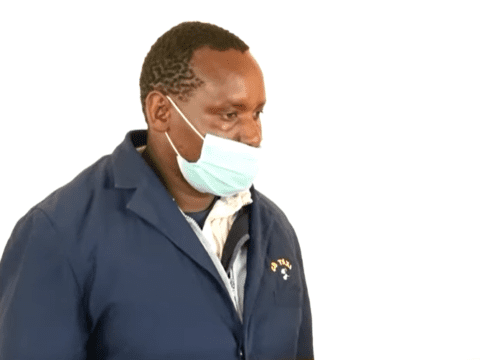 Benson Melonyie Mungai, the prime suspect in the murder of four men in Kitengela, Kajiado County will spend more time in police custody as he awaits to undergo a mental assessment.

The suspect was presented at the High Court in Machakos but did not plea.

Justice David Kimei directed the accused undergo the mental examination before being presented in court next week on Thursday, September 16.

The accused will take plea at the Kajiado High Court.

In the meantime, the court directed he be detained at Kitengela police station as he awaits mental assessment.

The suspect is believed to have masterminded the attack that led to the brutal murder of Fred Mureithi, 30, his younger brother Victor Mwangi who was celebrating his 25th birthday, Mike George, 29, and Nicholas Musa, 28.

The four were lynched by angry villagers on Sunday, August 8, 2021 after being mistaken for cattle thieves.