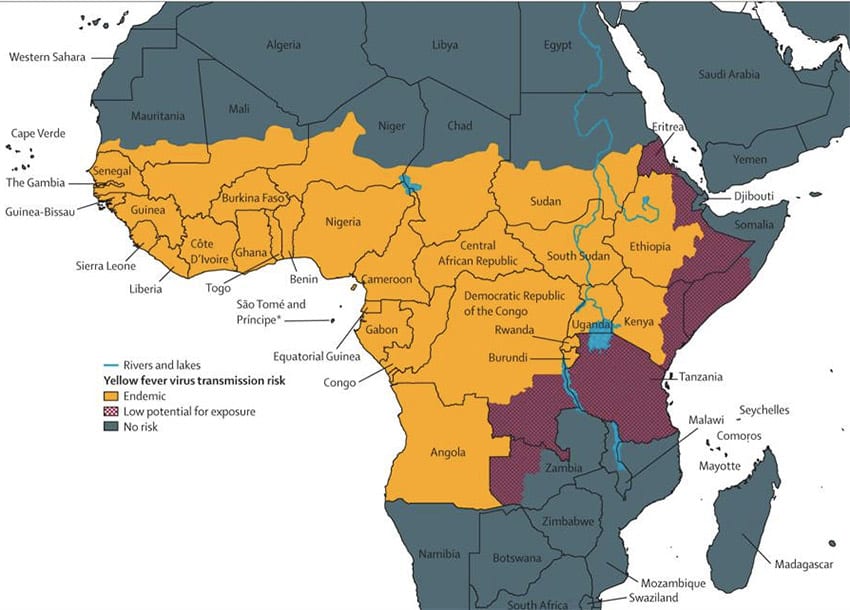 The number of suspected yellow fever cases in the Democratic Republic of Congo has jumped 38 percent in the last three weeks, the World Health Organization (WHO) said on Friday, as health officials prepare to launch a vaccination campaign next week.

Congo’s government last month declared a yellow fever epidemic in the capital Kinshasa and two provinces that border Angola, where the worst outbreak of the disease in decades has killed about 350 people.

As of July 11, Congo had recorded 1,798 suspected cases since the start of the outbreak in January, WHO said in a weekly report, up from 1,307 on June 24. Seventy-five people are believed to have died from the disease in Congo, it said.

Officials have confirmed 68 cases. But they have not been able to confirm or rule out any additional cases for the last three weeks due to a technical problem shipping a chemical used in the tests, said WHO’s resident representative in Congo, Yokouide Allarangar.

However, the issue has now been resolved and new test results will be available in the coming days, Allarangar added.

Health authorities plan to administer 1 million doses of yellow fever vaccine during a 10-day campaign beginning on Wednesday in the Kinshasa district of Kisenso and the neighbouring Kwango province.

Due to a global shortage of vaccines, plans to inoculate some 10 million more people in Kinshasa and along the Angolan border have been put on hold until August, when newly-manufactured doses from Brazil are expected to begin arriving.