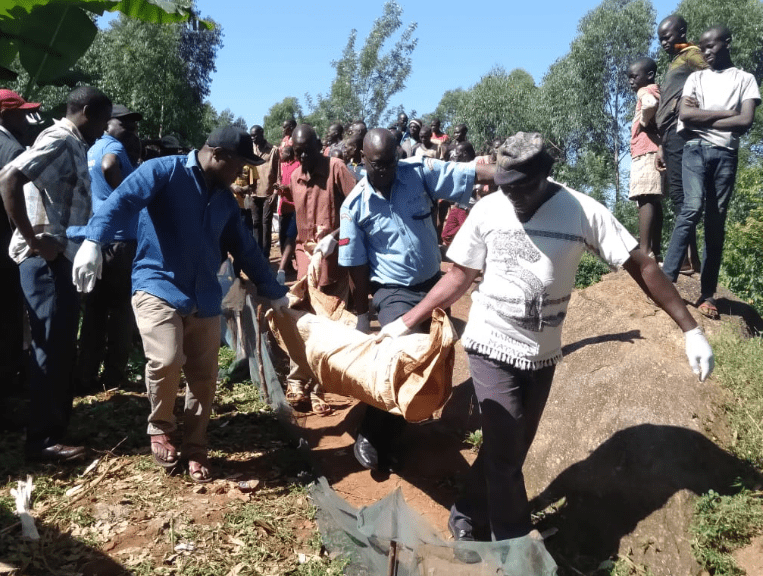 A suspected thief and his wife were on Monday found dead and their bodies cut into pieces in Itenji village, Vihiga County.

The dismembered bodies of 27-year-old Nelson Kehenji and Sheilah Makungu, 24, were discovered early Monday morning at their home by Nelson’s father, Chales Ombima, who lives nearby.

According to Mr. Ombima, his son’s body was outside the house while the wife’s was inside; he added that the couple’s four goats had also been butchered and their 8 chicken stolen.

“I was passing by on my way to work when I found my son’s body outside the house, he had been killed. On entering the house, I discovered his wife’s naked body,” he told Citizen Digital.

Mr. Wafula however alleged that Mr. Kehenji was one of the area’s most notorious thieves.

“I cannot say what exactly transpired here but I suspect it is as a result of revenge. We’re appealing to the criminals who did this to come out before things get uncomfortable for them,” he said.

“We’re also appealing to the villagers not take the law into their own hands…they should inform us in case of anything.”