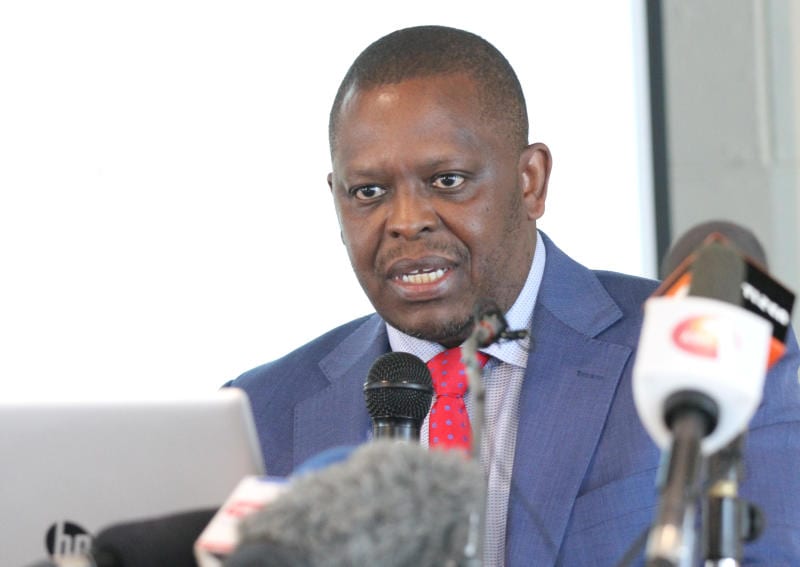 Jonah Manjari, the suspended CEO of the Kenya Medical Supplies Agency (KEMSA),  failed to appear before a Senate committee to explain alleged misappropriation of funds.

The committee was informed that Dr. Manjari had fallen sick and been admitted to the Kenyatta National Hospital.

A statement from the hospital said the suspended KEMSA boss was admitted on Thursday and is receiving treatment at Ward 9B.

Consequently, the Senate Ad Hoc Committee on COVID-19 adjourned the planned sitting where Dr. Manjari was to appear.

Senators Michael Mbito and Sylvia Kasanga who are co-chairs of the committee, has summoned the KEMSA boss to explain the alleged irregularities in the procurement process of medical equipment.

It is alleged that double pricing from suppliers led to Ksh. 7.7billion loss of public funds.

This comes a day after foreign donors threatened to withdraw funding following a round of recent COVID-19 funds scandal.

Two key donors have threatened to withdraw up to Ksh.400 billion earmarked for Kenya following the latest COVID-19 scandal linked to a government agency.

Citizen TV has learnt that the United States Agency for International Development (USAID) and the Global Fund have written to the government expressing concern over the alleged corruption.

They expressed concern over KEMSA’s procurement woes as well as management and implementation of the grants given to the institution.

For weeks now, the rot at Afya house has refused to leave the headlines, with every ugly twist and turn of the COVID-19 scandal and even donors have been taking note.

The COVID-19 scandal has also created an internal crisis at the supplies agency: it stands to lose up to Ksh.2billion as it struggles to dispose of PPEs and other COVID-19 supplies.

KEMSA has been on the headlines for weeks now over allegations of graft and misappropriation of funds.

KEMSA is said to be unable to find buyers for the items that were allegedly purchased at inflated prices and now many of them could be about to hit their expert dates.

Sources within the board indicate that the agency is holding a stockpile worth over Ksh.6 billion.

The Board is seeking a green light from the Health Ministry to sell off the stock at market value of around Ksh.4billion to recoup its initial capital.

Sources further indicate that the Board is seeking a re-capitalization of Ksh.5billion to cushion itself from the loss that would have been occasioned by such a write off should the Health Cabinet Secretary agree to it.

The medical supplies authority is in a financial hole with a liability of over Ksh.8 billion, out of which Ksh. 5billion was already committed.

The Board attributes the mess to the procurements that were allegedly done without its approval or that of the Health Ministry.

The directive was issued on March 18, 2020 and the next day after a meeting with the COVID-