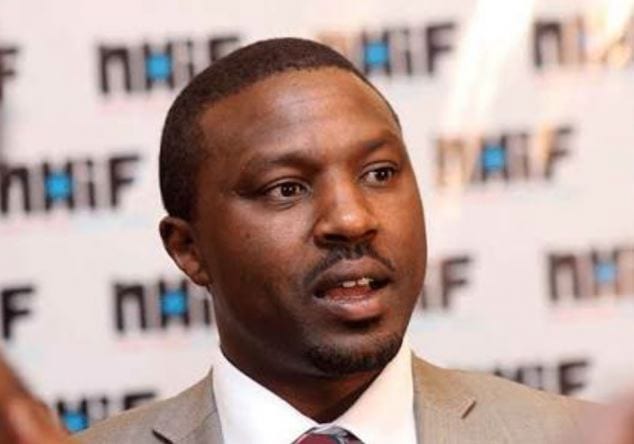 Suspended National Hospital Insurance Fund (NHIF) CEO Geoffrey Mwangi has been arrested by detectives from the Directorate of Criminal Investigations (DCI) over the scandal involving a Ksh.1.1 billion contract for provision of the integrated revenue collection services.

The arrest of Mwangi followed a protracted cat and mouse game between the CEO, who was last month sent on compulsory leave by the fund’s board.

Speaking to Citizen TV on Sunday, DCI boss George Kinoti confirmed the arrest and insisted that his officers are still on the trail of suspects still at large.

At least 30 senior detectives were dispatched on Saturday to hunt down the remaining 17 senior officials of the national medical fund whose phones have remained switched off since Friday when the crime unit started the arrests of those implicated in the scam.

Kinoti says there was massive theft at NHIF and more arrests could be witnessed in the coming days as his team continues with investigations.

Mwangi is out on bail after he was charged in court alongside NHIF Chief Finance Director Wilbert Kurgat for failing to comply with a court order requiring them to produce any documents required by investigators who are probing alleged misappropriation of funds at the corporation.

Appearing before Nairobi Chief Magistrate Francis Andayi, Mwangi and Kurgat were charged with conspiracy to defeat justice by knowingly preventing the execution of a court order and disobedience of lawful orders contrary to the law.

They pleaded not guilty and were released on a cash bail of Ksh.500,000 each after spending five days in police cells.