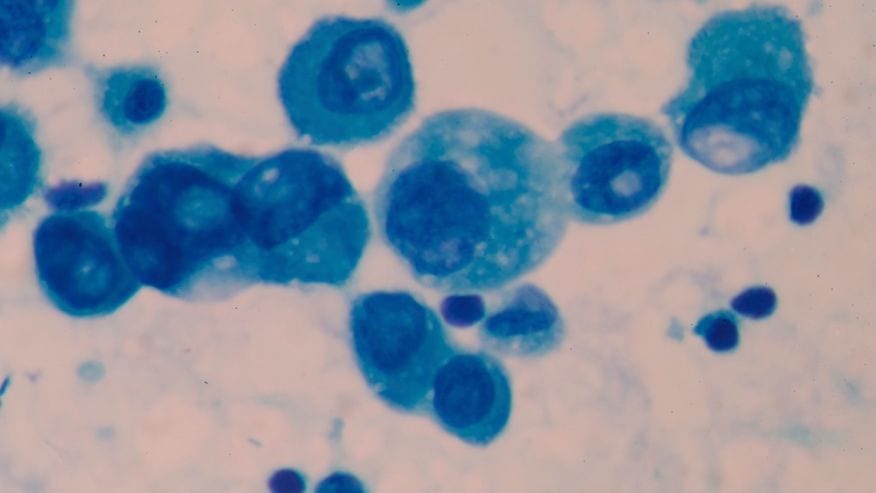 In the cancer ward at Damascus Children’s Hospital, doctors are struggling with a critical shortage of specialist drugs to treat their young patients – and it’s not just due to the general chaos of the Syrian civil war.

Local and World Health Organization (WHO) officials also blame Western sanctions for severely restricting pharmaceutical imports, even though medical supplies are largely exempt from measures imposed by the United States and European Union.

Six years of conflict have brought the Syrian health service, once one of the best in the Middle East, close to collapse. Fewer than half of the country’s hospitals are fully functioning and numbers of doctors have dived.

The result is tumbling life expectancy – even after accounting for the hundreds of thousands directly killed in the fighting – and soaring deaths in pregnancy and childbirth.

On top of this, cuts in health spending by the government that is fighting a hugely expensive war, a drastic fall in the Syrian currency and indirect effects of the sanctions are all deepening the misery of patients who need foreign-made drugs.

For families with sick children, the situation is dire.

At the children’s hospital in government-held Damascus, the waiting room outside the cancer ward was crowded with relatives, many of whom had brought clothes, mattresses and blankets in case they had to spend long periods far from their homes outside the city.

One of them was Naim Der Moussa, 55, who has been living in Damascus for a year to secure regular treatment for his 10-year-old daughter Waad. They left his wife and six other children behind in the eastern city of Deir al-Zor, where government forces are besieged by Islamic State.

“My daughter was first diagnosed with kidney cancer and treated,” he said. “Now cancer has been found also in her lungs.”

Before the conflict, Syria produced 90 percent of the medicines it needed but anti-cancer drugs were among those where it traditionally relied on imports.

Elizabeth Hoff, the WHO representative in Syria, said medicine imports have been hit by significant cuts in the government’s health budget since the war began in 2011 plus a 90 percent drop in the value of the Syrian pound, which has made some pharmaceuticals prohibitively expensive.

However, a lack of cash is not the only reason why supplies of cancer drugs are falling far short of increasing demand.

“The impact of economic sanctions imposed on Syria heavily affected the procurement of some specific medicine including anti-cancer medicines,” said Hoff. The sanctions were preventing many international pharmaceutical companies from dealing with the Syrian authorities as well as hindering foreign banks in handling payments for imported drugs, she added.

The United States and EU have imposed a range of measures targeted both at the government and some of the many armed groups operating in the country.

Washington has banned the export or sale of goods and services to Syria from the United States or by U.S. citizens. The EU has imposed travel bans, asset freezes and an arms embargo, with sanctions also targeting financial ties with Syrian institutions, buying oil and gas from the country or investing in its energy industry.

President Bashar al-Assad has partly blamed the sanctions for turning many Syrians into refugees, often heading to Europe.

Both the U.S. and EU regimes include exemptions for medicines and other humanitarian supplies. However, by clamping down on financial transactions and barring much business with the Syrian government, the sanctions are indirectly affecting trade in pharmaceuticals.

Many drugs companies have erred on the side of caution, avoiding any business with Syria for fear of inadvertently falling foul of the sanctions.

The U.S. State Department said the Treasury had authorized services in support of humanitarian activities in Syria, adding that there were legal ways to bring medicine into the country.

The EU also rejected criticism of its sanctions. “Such measures are not aimed at the civilian population,” an EU spokeswoman said. “EU sanctions do not apply to key sectors of the Syrian economy such as food and medicine.”

She acknowledged firms had increasingly pulled out of business with Syria but said this was also due to other reasons, including “security, reputation, commercial motivation, anti-money laundering measures” and the presence of jihadist groups.

The WHO brings essential medicines and medical supplies into Syria, procuring generic drugs from approved sources in Europe, North Africa and Asia. Branded U.S. products cannot be imported due to the sanctions situation, Hoff said.

With funds from Kuwait, the WHO has delivered life-saving medicine including to more than 16,000 cancer patients, of whom thousands are children with leukemia.

But this does not meet demand. Besides cancer medication, there are critical shortages of insulin, anesthetics, specific antibiotics needed for intensive care, serums, intravenous fluids and other blood products and vaccines, Hoff said.

The overall collapse in Syrian healthcare has contributed to a drop in life expectancy to 60 years for men and 70 for women in 2014, from 72 and 75 respectively in 2009. Only 44 percent of hospitals are now fully functioning and more than a quarter aren’t working at all, the WHO said.

By 2014, the number of doctors in Syria had dropped to 1.3 per 1,000 people, less than half the level in neighboring Jordan and Lebanon.

Against this deterioration, Damascus Children’s Hospital has also come under increasing pressure. Cancer units in the provincial cities of Aleppo and Latakia were both put out of service in fighting earlier in the war.

Now about 200 children visit the Damascus hospital every week, with more than 70 percent from outside the capital, according to its head, Maher Haddad.

The weight of demand has delayed treatment for dozens of sick children by 15-20 days, affecting their prospects, overall health and response to medication, he added.

Haddad also singled out the sanctions. Pharmex, the state-owned company that buys drugs for government-funded hospitals across Syria, was able to provide only 5-10 percent of the cancer medication that is required, he told Reuters.

“Most of the cancer medicines are imported. Pharmex used to import the stock of medicines that public hospitals need. But it has not been able to do so largely because of the economic sanctions, I believe,” he said.

His hospital has only 36 free beds, with 17 of those allocated to children with cancer.

In the waiting room, a woman who identified herself only by her first name Nawal, said she travels from the Qalamoun area north of Damascus every fortnight with her 14-year-old daughter who requires chemotherapy treatment for leukemia.

“We don’t have hospitals or charities in Qalamoun. Free treatment is offered only at the Children’s Hospital in Damascus,” Nawal said.

One private charity, Basma, is trying to help out by funding cancer drugs for poor families. The proportion of patients who need assistance has risen from about 30 percent to nearly 80 percent since the war began, executive manager Rima Salem said.

Salem finds the delays in treatment worrying. “A child with cancer might die waiting for his turn to get treatment,” she said.

Devolution State of the nation address